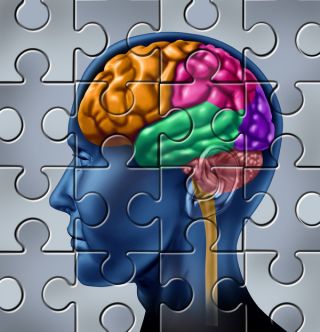 NEW YORK — When, as an adult, he returned to Alexandria, Egypt, where he lived as a child, writer André Aciman felt he remembered everything; he could walk and never get lost; he recognized the smells. But something was gone: a memory.

Aciman knew he had forgotten because, previously, he had written about this one, a walk he had taken with his brother and their conversation, in a draft of a memoir.

"The editors said that brother of yours, he is one too many children in this book," Aciman told the audience at a discussion about memory at the New York Academy of Sciences on Wednesday (Nov. 14). "We changed that, and some of the dialogue I had with him, I reconstructed so I was having an internal dialogue with myself."

But upon returning to that street, he realized he had lost the memory of the original conversation; the only record of it was now contained in his draft, one overwritten by a desire for a better story. Aciman's memory no longer told him which version was true. [5 Facts About Your Memory]

While most people do not write memoirs, and do not have editors requesting revisions to their memories, the experience of the ephemeral and sometimes illusory nature of memory is a familiar one. And Aciman's story came as no surprise to the memory researchers on the panel.

Flaws in memory can arise at different points in the process, explained Daniel Schacter of Harvard University.When someone first records a memory, the viewer incorporates his or her own reactions and inferences about the event. As a result, the viewer can color or distort the memory from the very beginning.

Other distortions can occur when a memory is retrieved.

"When you recall a memory, it is not just simply read out, you have to store and consolidate [stabilize] it again," Schacter said. During this process, the recalled memory becomes vulnerable to outside influences and can be distorted by them.

The physical basis for memory in the brain is not well understood. Neuroscientists know the creation of memories does not require rewiring of the nerve cells, or neurons, in the brain. Instead, memories are encoded by changes at synapses, the junctions between neurons.

The reason for memory

While the fallibility of memory is impossible to escape, part of the problem may be our perception of its purpose.

"Even though we tend to think about memory being all about the past, it is really all about helping us prepare for the future," Schacter said.

Some researchers think these lapses are byproducts of memory functioning in ways evolution intended. For instance, the vulnerability of retrieved memory may be a result of the brain’s need to update memory and get rid of irrelevant information, he said.

Some false memories may have a similar explanation. Schacter, who has studied brain activity related to true and false memories, demonstrated how easily memory could be faked. He listed a string of words, beginning "candy, sour, sugar, bitter, good…" Then he asked the audience to remember if a certain word was part of the list. When asked if the word "sweet" was on the list, the majority of the audience members raised their hands.

"Sweet was not on the list," Schacter said, explaining, "Most of the words are related to sweet."

In cases like this, the false memory may be a result of the brain distilling the most relevant aspect of a memory, he said. [Do You Really Remember Where You Were on 9-11?]

The idea of memory being continually constructed is not new, though it has gained popular acceptance only in recent decades, said panelist Alison Winter, a historian of science and medicine at the University of Chicago.

Throughout the ages, there has been a relationship between the recording technology available and the perception of how the brain stores past experiences, Winter said. For instance, wax tablets, once used as writing surfaces, provided a metaphor for memories that soften and eventually blur over time. Devices that record not only information but also the passage of time, such as audio-recordings and film, made the idea of flashbacks, when someone re-experiences the past in real-time, a common one.

"I am curious if new digital technology has helped people think about memories in a more constructive way," Winter said. Altering photographs and other records, even before they are seen by anyone else, is now quick and easy. This experience may give people a much more dynamic sense of how memories themselves are stored, she said.

While some hope to improve their recall, others seek to erase painful memories.

Previous research had shown that injecting a drug that blocks the formation of proteins could prevent the formation of new long-term memories in the amygdala, a part of the brain associated with fear. But what about existing memories?

To find out, LeDoux and his colleagues taught rats to associate a tone with an electrical shock, as a result the rats became afraid of the tone. After the fear memories were established, the researchers prompted the rats to recall them by exposing the rats to the tone again, then they gave the animals the drug. When the rats were tested the next day, they were no longer afraid of the tone.

"The idea is each time you take memory out, it becomes vulnerable," LeDoux said. "There is a lot of debate about the conditions under which this applies," he added.

Unfortunately for those seeking to erase bad memories, this work is not directly applicable to humans, he cautioned. "When we do these kinds of experiments in animals we are focusing on brain systems that work implicitly or unconsciously. … We are not really looking at fear, we are looking at fear responses."

In this case, the researchers looked to see if the rats froze in response to the tone.

Painful human memories, such as those of combat veterans, cannot be erased, but rather, research shows their emotional impact may be dampened, LeDoux said.

This panel discussion was part of a four-part series on consciousness, moderated by Steve Paulson, of the public radio program "To the Best of Our Knowledge" and presented by the Nour Foundation.