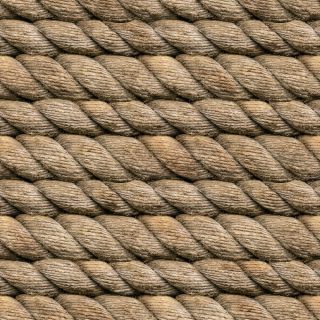 The marijuana plant has many uses apart from drug use. A distinct variety of the Cannabis sativa plant, known as hemp, can be grown to maximize the fibers in the stalk of the plant or to maximize seed production.

Does hemp get you high?

It is important to note that hemp is not used as a recreational drug, nor could it be. Hemp has as low as 0.5 percent of the psychotropic chemical tetrahydrocannabinol (THC), according to the North American Industrial Hemp Council. Marijuana plants used to get high typically contain around 15 percent THC, according to National Cannabis Prevention and Information Centre(NCPIC).

In fact, hemp produces a cannabinoid called CBD. CBD is a nonpsychoactive component of the cannabis plant, according to the National Center for Biotechnology Information, and actually blocks the high typically associated with marijuana.

CBD's nonpsychoactive effects can be helpful in the medical world. A study by the National Center for Biotechnology Information reports that the protective effect of CBD has been shown to help in murine collagen-induced arthritis. CBD has also been found to help with other ailments such as lymph node problems.

Aside from medical uses, hemp can be used to produce large amount of products. Hemp can grow about 16 feet (5 meters), according to Encyclopedia Britannica, grows very quickly, and the fibers are very versatile. "Hemp has a high amount of cellulose, which is part of what makes it so versatile and valuable," said Derek Peterson, CEO of Terra Tech, a company focused on sustainable renewable solutions for food production, indoor cultivation and agricultural research and development.

"The tensile strength can be very high, meaning it makes a great thread, string and rope, as well as fiberglass like material, which is very safe, strong and light, unlike fiberglass," Jason Lauve, founder and director of Hemp Cleans in Colorado and the author of a bill that established a pilot program for growing industrial hemp in Colorado, told Live Science. "Fabrics made from hemp are stronger, warmer and cooler (better insulating), and very water absorbent, while evaporating very quickly. Animal bedding, building materials, petroleum clean up products, car parts, ballistic materials, etc. ... essentially, any product which consumes petroleum can be produced from hemp, and it's renewable."

Many companies worldwide are using the production of hemp to boost economies. For example, Canadian companies made $250 per acre in 2013 through the growth of hemp, according to the LA Times. Hemp became legal in Canada in 1998, after a 60-year ban.

"Our partnership with [small-scale farmers in England] has not only helped to diversify the local landscape with an alternative crop, it has also generated employment and a sustainable living for local farmers," said Jennifer Barckley, director of brand communications and values at The Body Shop, a chain of bath and body products.

Hemp is very restricted in the United States, though. Many experts predict an economic and environmental boost if the restrictions on hemp were lifted.

"A legal hemp industry would add a brand new crop for farmers, creating thousands of new farming jobs," Peterson said. "There would also be added jobs related to processing, transporting and selling the products. Aside from the economic advantages of a legal hemp industry, we as a society would have less of an impact on the environment too, as hemp could be used for a new sustainable alternative to plastics and papers."

Things are changing. Bills supporting local industrial hemp in several states have aimed to undercut restrictions on farming. For example, in 2014, President Obama signed a U.S. Farm Bill that included a provision to remove federal barriers to hemp production and define the differences between marijuana and industrial hemp, according to Global News Wire. As of 2015, federal laws allow universities and state departments of agriculture to grow or cultivate industrial hemp under certain conditions, according to the National Conference of State Legislatures (NCSL).

Some of the earliest evidence of hemp cultivation comes from rope imprints on broken Chinese pottery from about 10,000 B.C., according to Psychology Today. The Chinese used hemp for clothing, bowstrings and paper. They kept the art of paper making a secret for hundreds of years, but eventually, the Japanese learned it in the fifth century A.D., and the Arabs got the secret through Chinese prisoners in the ninth century.

By the second century A.D., Chinese physicians were using cannabis as an anesthetic, according to Psychology Today. By the 16th century, Europeans were using hemp for food and textiles. Colonial Americans, including George Washington, grew hemp, according to MountVernon.org.

There is an urban legend that the U.S. Constitution, the Bill of Rights and the Declaration of Independence were written on hemp paper. This is not true. The documents housed in the National Archives were written on parchment, which is treated animal skin, typically sheepskin. According to the Library of Congress, analysis by paper conservators has determined that the paper that Thomas Jefferson used for his draft of the Declaration is mostly likely Dutch in origin. While hemp was commonly used to make paper in Southern Europe during this time, the Dutch were much more likely to use flax or linen rags.

Restriction in the United States began in 1937, according to the Hemp Industries Association. Taxing and licensing regulations made it hard for farmers to grow hemp.

During World War II, the lack of available abaca and jute prompted the government to start pro-hemp farming campaigns, including a video called "Hemp for Victory," to meet the Navy's demand for rope. Hemp demand fell after WWII and government restriction on the plant resumed.