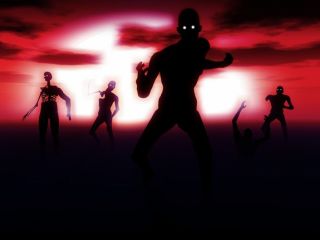 Since Mary Shelley's Frankenstein, the popular imagination has been alive with stories of mad scientists and the chilling experiments they conduct. But sometimes, real life is even more frightening than fiction.

From zombie dogs to mind control, here are some of the scariest experiments ever done.

When physicists first flipped the switch on the Large Hadron Collider (LHC), at least a few people held their breath. For years, rumors had circulated that the particle accelerator could create mini black holes that would destroy Earth. In 2008, a group even filed suit to stop the particle collider from turning on, arguing that the atomic collisions could cause the end of the world. [Top 10 Ways to Destroy Earth]

Though it sounded slightly plausible, there's basically no chance that the LHC will destroy the Earth. A comprehensive study calculated that cosmic rays bombarding Earth routinely create higher energy collisions than the particle accelerator. According to that study, "nature has already conducted the equivalent of about a hundred thousand LHC experimental programs on Earth already — and the planet still exists."

Of course, even if the world is destroyed, at least we have a consolation prize: Earlier this year, physicists at the Swiss site announced they had found a particle that may be the Higgs boson, the elusive particle thought to give all other particles their mass.

In 1940, Russian scientists released a video of severed dog heads that were kept alive for several hours, wiggling their ears in response to sounds and even licking their mouths. The scientists claimed they could keep the animals alive by an artificial blood circulation system.

But that was just the first time scientists had created zombie dogs. In 2005, American scientists created another pack of zombie dogs. The team rapidly killed the dogs by flushing all the blood from their bodies and replacing it with oxygen- and sugar-filled saline, according to the researchers from the Safar Center for Resuscitation Research at the University of Pittsburgh.

Three hours later, the team gave the dogs a blood transfusion, and an electric shock. The dogs were resurrected, and while some had permanent damage, most were no worse for wear. The research, published in the Yearbook of Intensive Care and Emergency Medicine, suggested that the treatment could one day revive people who are hemorrhaging blood too quickly for doctors to repair their injuries.

Talk about a bad trip. In the 1950s, the CIA launched a top-secret program called MKULTRA to look for drugs and other techniques to use in mind control. Over the next two decades, the agency used hallucinogens, sleep deprivation and electrical shock techniques in an effort to perfect brainwashing.

CIA scientists conducted more than 149 research projects as part of MKULTRA. In one, they tested the effects of LSD in social situations by slipping the drug to unwitting bar patrons in New York and San Francisco. In others, they enticed heroin addicts to take the hallucinogen by offering them heroin. [Trippy Tales: The History of 8 Hallucinogens]

Spooked by the Watergate scandal, in 1973 CIA Director Richard Helms ordered documents related to the project destroyed. However, some documents escaped destruction, and by 1977 a Freedom of Information Act request released more than 20,000 pages on the sordid program to author John Marks.

While the CIA was working so hard to control people's minds, it turns out it's pretty easy to get people to do what you say: All you have to do is ask like you mean it.

In 1963, social psychologist Stanley Milgram had shown that Yale University students were willing to administer a deadly shock to strangers if an authority figure requested it.

But psychiatrist Charles Hofling wanted to see how obedience influenced decisions when people didn't know they were part of an experiment. In his innocuously titled 1966 paper "An Experimental Study of Nurse-Physician Relationships," Hofling described a chilling experimental protocol: An unknown doctor called real nurses on the hospital's night shift and asked them to administer twice the maximum dose of an unapproved drug to a patient. Unbeknown to the nurses, the "medicine" was actually a harmless sugar pill and the doctor was a fake.

While it's frightening that the experiment was given the green light at all, it's perhaps even scarier that 21 out of 22 nurses complied. The researchers clearly labeled the drug, so nurses knew they were overdosing their patients. The nurses also violated hospital rules by taking instructions over the phone and giving an unapproved medicine. The study showed just how much the aura of authority could cloud people's ethical judgments.

In World War II, the U.S. Marine Corps worked on a project to train bats as kamikaze bombers against the Japanese. A Pennsylvania dentist, Lytle Adams, first proposed the idea to the White House in 1942, after visiting the bat-filled caves at Carlsbad Caverns in New Mexico. Adams proposed strapping tiny incendiary explosives to the animals and exploiting their use of echolocation to find roosts in barns and attics. According to Lytle's plan, the bomb-strapped bats would fly to Japan, nestle in the nooks of the mostly wooden buildings in Japanese cities, and set them ablaze.

The Marine Corps captured thousands of Mexican free-tailed bats and developed explosive devices to strap to their backs. The project was scrapped in 1943, probably because the U.S. government had made progress on the atomic bomb.