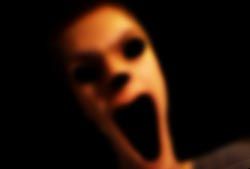 Fans of paranormal reality TV shows like "Ghost Hunters" and "Ghost Adventures" are treated to an array of technical jargon and references to fancy instruments — ion generators, electromagnetic field detectors and video goggles with built-in speech-synthesizers that allegedly can sense spirits.

This sprinkling of shady science can lend undue credibility to paranormal investigators, a researcher found.

For his study, Paul Brewer, a professor of communication at the University of Delaware, had a few hundred participants read one of three different versions of a newspaper article about a ghost hunter. (A fourth control group read an unrelated story.)

One version — the jargon-peppered "scientific" version — emphasized the investigator's "meticulous approach" and mentioned his technological devices. A supernatural version highlighted the investigator's strange childhood experiences and his "openness to nonscientific methods," such as communicating with spirits through a medium. A third version looked identical to the scientific one, except for an extra paragraph that quoted a professor debunking the ghost hunter's expertise and comparing his investigations to "old-time medicine shows."

The participants then filled out a questionnaire. Compared with the other groups, those who read the first scientific-sounding version of the article were more likely to answer that they believed in the paranormal and haunted houses. They also were more likely to characterize the investigators' work as scientific and credible, Brewer found.

"One key finding of this study is that media messages invoking the trappings of science can construct scientific authority even for pursuits regarded by mainstream science as pseudoscientific," Brewer wrote in his study published online Sept. 7 in the journal Science Communication.

But Brewer found that a rebuttal from a reputable source can undermine such "trappings of science" that make ghost hunters sound convincing. The participants who read the third version of the story —  the one that sounded scientific but also quoted a skeptic — were less likely to see paranormal investigators as credible than those who read the first scientific version, the study found.