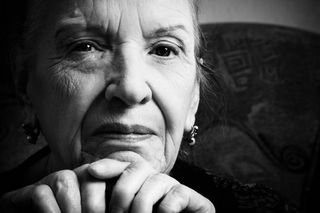 Regular physical exercise appears to protect the brain from shrinking, an otherwise natural process in old age that is associated with memory and thinking problems.

Conversely, mentally and socially stimulating activities, long believed to stimulate the brain, had no major effect on preventing brain shrinkage, according to a study published today (Oct. 22) in the journal Neurology.

In other words, if you want to maximize the mind-enriching benefits of playing chess, pick a match across town and run or walk vigorously to it.

"People in their seventies who participated in more physical exercise, including walking several times a week, had less brain shrinkage and other signs of aging in the brain than those who were less physically active," said lead author Alan J. Gow of the University of Edinburgh in Scotland. "On the other hand, our study showed no real benefit to participating in mentally and socially stimulating activities on brain size, as seen on MRI scans, over the three-year time frame."

The research tapped into a respected longitudinal aging study called the Lothian Birth Cohort Study 1936, which, in 1947, tested the intelligence of more than 1,000 children born in 1936 and then has followed up with periodic assessments. This latest analysis entailed a health survey conducted when 638 subjects were 70 and then an MRI scan when they were 73.

The subjects provided details of their daily activities — from moving to do only basic chores, to keeping fit with heavy exercise or competitive sports — as well as non-physical social and leisure endeavors. Those most devoted to exercise showed both better brain circuitry connections and less brain shrinkage compared with the least-active subjects. This was regardless of initial IQ or social class status.

There was, however, "no support for a beneficial effect of more intellectually challenging or socially orientated activities," the researchers wrote, at least in terms of warding off brain shrinkage.

Gow said his group hasn't established a biological reason for why exercise can give the brain such a physical workout. Nor could they rule out the possibility that a healthy brain enables those elderly subjects to exercise more, and not that exercise maintains the brain.

"To be definitive, we do of course need more large-scale trials examining the effects of physical activity interventions," to determine which factors determine what, Gow told LiveScience. "We are following up the same individuals [for] repeat lifestyle assessments and brain scans, which will allow us to examine the direction of the associations in more detail."

Nevertheless, both physical exercise and non-physical leisure and social pursuits have so many other benefits — for the former, preventing chronic diseases; for the latter, combating depression and fatigue — that there's no harm in pursuing both at any age.