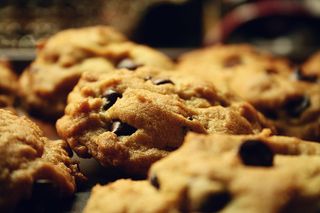 A medication used to ease the cravings of people addicted to drugs or alcohol also may help curb binge eating, a new study in animals suggests.

For the study, rats were turned into binge eaters ― consuming about four times as much food as other rats ― by being fed a high-sugar diet for one hour a day. But after the drug naltrexone was injected into the part of the rats' brains called the prefrontal cortex, binge eaters ate much less — close to the amount that rats on a regular diet consume, said study researcher Angelo Blasio, of the Laboratory of Addictive Disorders at Boston University School of Medicine.

Naltrexone blocks the brain's opioid receptors, which are activated by drugs such as morphine and heroin and also are thought to be involved in feeding behavior, Blasio said. It is given to people with alcohol and substance abuse disorders to help them abstain from drug use.

Because the study was conducted in rats, it's too early to know whether the findings apply to people. But the finding points to theprefrontal cortex as an area that plays an important role in binge-eating behavior, Blasio said. The prefrontal cortex is known to be involved in decision-making and behavior control.

Blasio noted that naltrexone could block this type of opioid receptor anywhere in the brain and said future studies should examine whether a drug that specifically targets receptors in the prefrontal cortex could have an even greater effect on eating behaviors.

The study also found that the binge-eating rats had changes in the prefrontal cortex in the genes that encode the brain proteins that bind to opioid receptors. The meaning of this finding is not known, but it's possible these changes are involved in the loss of control experienced by patients with binge-eating disorder, Blasio said.

The study, carried out in the lab of university professor Pietro Cottone, was presented Oct. 14 in New Orleans at the annual meeting of the Society for Neuroscience.

Pass it on: A medication that helps alcohol and drug abusers may also be useful for binge eaters.