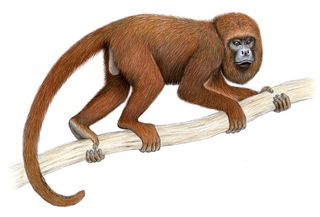 A tiny tarsier with a face like a Furby and a lemur that stands like a boxer when threatened are among the 25 most endangered primates in the world, the United Nations announced today (Oct. 15).

Indonesia's pygmy tarsier and Madagascar's northern sportive lemur are barely clinging on in the wild, according to the UN's new report, titled Primates in Peril: The World's 25 Most Endangered Primates, 2012-1014. The list includes nine Asian primate species, six from Madagascar, five from Africa and five from South and Central America.

"Once again, this report shows that the world's primates are under increasing threat from human activities. Whilst we haven't lost any primate species yet during this century, some of them are in very dire straits," Christoph Schwitzer, the head of research at the Bristol Conservation and Science Foundation and an editor of the report, said in a statement.

"In particular, the lemurs are now one of the world's most endangered groups of mammals, after more than three years of political crisis and a lack of effective enforcement in their home country, Madagascar. A similar crisis is happening in South-East Asia, where trade in wildlife is bringing many primates very close to extinction," Schwitzer added. [In Photos: The World's Most Threatened Primates]

Of the 633 primate species on the planet, 54 percent are classified as at least threatened by extinction by the International Union for Conservation of Nature (IUCN). The animals on the top 25 list are in the most dire straits. For example, the northern sportive lemur (Lepilemur septentrionalis), which stands on its back legs like a boxer when threatened, has only 19 individuals living in the wild. In fact, 91 percent of Madagascar's 103 lemur species and subspecies are threatened with extinction, according to the IUCN.

The pygmy tarsier (Tarsius pumilus) was thought to be extinct until 2000, when one stumbled into a rat trap in central Sulawesi, Indonesia. In 2008, researchers confirmed the continued existence of the species by trapping three with nets and observing a fourth.

Primates are a boon for ecotourism as well as being crucial to tropical forest ecosystems, said Russell Mittermeier, the president of the environmental group Conservation International.

"They often serve as seed dispersers and help to maintain forest diversity," Mittermeier said in a statement. "It is increasingly being recognized that forests make a major contribution in terms of ecosystem services for people, providing drinking water, food and medicine."

There is some good news in the report, including the fact that no primate species went extinct in the 20th century, nor have any been declared extinct in the 21st century. Two species have been taken off the list due to recovery: India's lion-tailed macaque (Macaca silenus) and Madagascar's greater bamboo lemur (Prolemur simus).