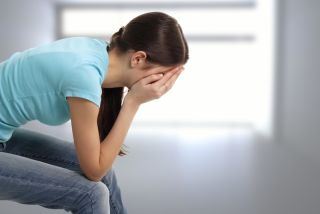 In a seemingly counterintuitive move, a Texas school district has changed its policies to allow opposite-gender faculty to paddle students after a controversy regarding two high-school girls being paddled by a male vice principal.

As the district loosens its corporal punishment rules, researchers and child-development experts have turned against physical discipline of children, linking it to increased aggression, anxiety and depression in kids. Physical discipline in adolescents may be particularly harmful.

"People quite often see that it stops the [bad] behavior today or it stops the behavior this week," said Andrew Grogan-Kaylor, a professor of social work at the University of Michigan who has studied physical punishment internationally. "I think we're just less able to see that it's a really powerful negative shaper of behavior over time."

The Texas controversy began after two parents in Springtown, Texas, complained that their daughters had been paddled by male faculty hard enough to leave welts and bruises. The Springtown school district policy allowed paddling by a same-sex faculty member as long as parents had not filed paperwork opting their children out of the punishment. [10 Scientific Tips for Raising Happy Kids]

On Monday night (Sept. 24), the school district responded to the controversy by altering their policy to allow opposite-sex faculty to spank students. Texas is one of the 19 states where school corporal punishment is still legal, according to the nonprofit Center for Effective Discipline. In 2005-2006, the most recent school year data is available, about 1 percent of Texas students were physically punished, according to the Center's data. That year, Mississippi schools engaged in the most corporal punishment compared with the other 18 states, with 7.5 percent of students getting paddled.

Physical punishment of kids by parents is losing acceptance among American parents, but levels of support are still high. About 65 percent of parents of preschoolers report using spanking for discipline, according to a 2004 study in the journal Pediatrics. This is despite "probably close to 1,000 studies over the last 40 years" that have found corporal punishment is not the best method of discipline and that using it can even make kids more aggressive, Grogan-Kaylor told LiveScience.

Because it would be unethical to randomly assign kids to lives where they are either spanked or not spanked — the experimental method — researchers turn to correlational studies to look for links between spanking and behavior. They find that spanking is linked with aggression, delinquency, mental health problems and difficulties in parent-child relationships. There are even studies suggesting that spanking lowers intelligence, but those findings are uncertain as researchers don't yet understand what drives the link, said Elizabeth Gershoff, a professor of human development and family sciences at the University of Texas, Austin.

The correlations hold even after controlling for factors such as socioeconomic status or how aggressive a child is to start with. Critics often argue that already-aggressive children get spanked more, Gershoff told LIveScience.

"That's definitely true, but it doesn't explain the whole story," she said. "Even when you put that into the equation, [spanking] still predicts an increase in aggression. In no case does spanking make kids less aggressive."

The aggression-spanking link is likely a result of learned behavior, social scientists say. When kids see their parents using violence, they can reach the conclusion that hitting is sometimes okay.

"They come to think of using physical force or violence as an acceptable way to get what they want," said Jennifer Lansford, a researcher at Duke University's Center for Child and Family Policy. "Then they are more likely, in the future, to themselves use physical force." [5 Ways to Foster Self-Compassion in Your Child]

There has been little research done on the effect of using corporal punishment in schools, but social scientists say there's no reason to believe the results would be any better than when parents hit kids.

"It might even be more likely to have a negative impact, because students don't have as close a relationship with their teachers or their principals as they do their parents," Gershoff said.

Spanking is most common with young children and toddlers, Grogan-Kaylor said. Within families, adolescents who are hit are even more prone to problems than younger children, he said, suggesting the use of corporal punishment may be even more troubling in high schools than in elementary or middle school.

"There's a kind of vulnerability in that an adolescent is really trying to create structure out of their world," Grogan-Kaylor said. "They're doing a lot of developmental work to try to figure out, 'Okay, at some point I'm going to be out on my own and how am I going to behave?'"

"By the time you're talking about adolescents, there are a lot of other options for how to discipline adolescents that would be age appropriate, nonviolent and nonharmful," Lansford said.

At least one of the Texas teens chose to be paddled rather than serve a second day of in-school suspension, according to news reports.

Thirty-three countries worldwide have banned corporal punishment altogether, even in the home. Rep. Carolyn McCarthy (D-N.Y.)introduced a bill to ban spanking and paddling in schools, but the legislation has not made it out of committee last year or this year.

Americans feel strongly that parents should have the right to discipline their children as they see fit, Lansford said, and many are reluctant to believe that something their own parents did to them might be harmful. But spanking is a risk factor for problems, much like cigarettes are a risk factor for lung cancer, she said. Not every child will have problems after being spanked, she said, but being spanked does raise the chances of later behavior and mental health issues.

Despite high approval ratings for spanking, UT's Gershoff sees change on the horizon. Parents still spank, she said, but they do so less often and are less likely to hit kids with objects than they used to be. And there are more parenting books, television shows and discussions about alternative, more effective, discipline methods now, she said.

"It's slowly, slowly changing," Gershoff said. "It will take probably another generation or so, I think, for people to realize that they don’t need to do it at all."