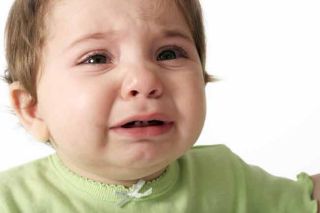 Spanking can get kids to behave in a hurry, but new research suggests it can do more harm than good to their noggins. The study, involving hundreds of U.S. children, showed the more a child was spanked the lower his or her IQ compared with others.

"All parents want smart children," said study researcher Murray Straus of the University of New Hampshire. "This research shows that avoiding spanking and correcting misbehavior in other ways can help that happen."

One might ask, however, whether children who are spanked tend to come from backgrounds in which education opportunities are less or inherited intelligence lower.

But while the results only show an association between spanking and intelligence, Straus says his methodology and the fact that he took into account other factors that could be at play (such as parents' socioeconomic status) make a good case for a causal link.

"You can't say it proves it, but I think it rules out so many other alternatives; I am convinced that spanking does cause a slowdown in a child's development of mental abilities," Straus told LiveScience.

Straus and his colleague Mallie Paschall of the Pacific Institute for Research and Evaluation in Maryland studied nationally representative samples of two age groups: 806 children ages 2 to 4, and 704 ages 5 to 9. The researchers tested the kids' IQs initially and then four years later.

Both groups of kids got smarter after four years. But the 2- to 4-year-olds who were spanked scored 5 points lower on the IQ test than those not spanked. For children ages 5 to 9, the spanked ones scored on average 2.8 points lower than their unspanked counterparts.

The results, he said, were statistically significant. And they held even after accounting for parental education, income, cognitive stimulation by parents and other factors that could affect children's mental abilities.

Straus will present the study results, along with research on the relationship between average national IQ and prevalence of spanking around the world, Friday at the 14th International Conference on Violence, Abuse and Trauma, in San Diego, Calif.

Whether or not spanking equates with dumber kids is not known, and may never be known. That's because the only way to truly show cause and effect would be to follow over time two groups of kids, one randomly assigned to get spanked and another who would not get spanked. Barring that method, which is unfeasible, Straus considers his study the next best thing, as he looked back at a nationally representative set of kids who were followed over time.

Jennifer Lansford of Duke University's Center for Child and Family Policy and Social Science Research Institute called the study "interesting," and agrees the method is a strong one. Lansford, who was not involved with the study, said following kids over time as this study did rules out the possibility that children with lower IQs somehow elicit more physical discipline.

However, unlike research showing the link between spanking and a kid's aggressive behavior, in which kids model parents' actions, this link is less clear to her. She added that a question still left unanswered is "what are some of the other mechanisms that could be responsible for this link between physical discipline and lower IQ?"

If spanking does send IQ scores down, Straus and others offer some explanations for what might be going on.

"Contrary to what everyone believes, being hit by parents is a traumatic experience," Straus said. "We know from lots of research that traumatic stresses affect the brain adversely." Also, the trauma could cause kids to have more stressful responses in difficult situations, and so may not perform as well cognitively.

By using hitting rather than words or other means of discipline, parents could be depriving kids of learning opportunities. "With spanking, a parent is delivering a punishment to get the child's attention and to get them to behave in a certain way," said Elizabeth Gershoff who studies childhood development at the University of Texas, Austin. "It's not fostering children's independent thinking."

So when a child gets in a bind, he or she might do the right thing to keep from a spanking rather than figuring out the best decision independently, added Gershoff, who was not involved in Straus's current study.

And then there are genes, as some kids are just born smarter than others.

Even though spanking has been shown to cause negative consequences, Gershoff said many parents still fall back on the behavior-shaping tool. As for why, she says it's a quick fix, though its seeming success is short-lived and the negative consequences often outweigh the positives. Parents also might have been spanked themselves and so continue the tradition.