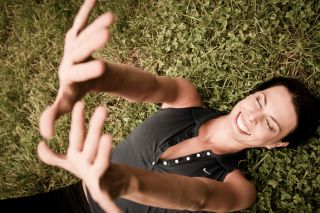 The happiest and healthiest state to live in the future may be Utah, according to a new Gallup poll that finds the Beehive State leads the nation in more than a dozen forward-looking metrics, such as intellectual curiosity, a healthy work environment and low smoking rates.

Rounding out the top five best U.S. states for future living are Minnesota, Colorado, Nebraska and North Dakota. Hawaii, considered the happiest state by 2011 Gallup scorecards, ranks in the top 10.

Each state received a ranking from 1 (best) to 50 (worst) across each of the 13 metrics. Then the composite rank for each state was based on an average of all 13 rankings for that state, with the highest score being 1.0 and the lowest 50.0.

Here are the top 10 states:

Bottom 10 states, with West Virginia coming in as the worst future state:

What put the Mountain State at the bottom of the list? It ranked last in the country for five measures: economic confidence, new learning opportunities, ease of finding a safe place to exercise, obesity and smoking.

Some states did stand out on one measure or another. For instance, Hawaii ranked highest for optimism in standard of living, while Minnesota was first in economic confidence and ease of finding a safe place to exercise. Alaska seems to be the best place for the intellectually curious, as it ranked first in learning something new on any given day. Colorado is the skinniest state regarding self-reported body mass indexes, and Utah showed the lowest smoking rates.

And despite scoring in the bottom-10 for eight of the metrics, Mississippians rated their lives in five years better than did residents of any other state.

"That's a strong current to swim upstream against, and yet Mississippians still show great resiliency in their optimism for their future lives," Dan Witters, research director of Gallup-Healthways Well-Being Index, told LiveScience. "This is an amazing finding to me."

Time will tell if these states are the best places to live in the future.

"Clearly, the future livability of any given state is not yet determined," Gallup officials said in a statement. "Leaders and residents alike have a keen opportunity right now to set the foundation for creating a place where people will want to live."

According to Gallup, leaders can focus on the measures that have the most impact on future health, well-being and economic outcomes of their states.