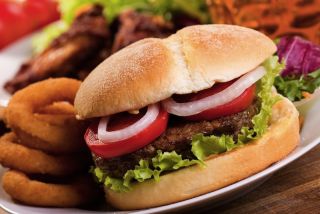 Love it or hate it, the ban on trans fats in New York City restaurants appears to be having the desired effect of lowering unhealthy trans fat and saturated fat consumption there.

These first results of an ongoing study conducted by the New York City Department of Health & Mental Hygiene appear tomorrow (July 17) in the journal Annals of Internal Medicine.

Fattening the pot for New York City officials was the finding that the positive effects of the ban were widespread across high- and low-income neighborhoods.

Although city health officials analyzed only a sliver of the amount of prepared foods served to New Yorkers daily, the study demonstrates how public health campaigns — however viewed as paternalistic and strong-armed — can improve health habits when properly designed and implemented, said Alice Lichtenstein, a nutritionist at Tufts University, in an accompanying editorial. [8 Reasons Our Waistlines Are Expanding]

Trans fats are nearly universally vilified by health experts. These fats, largely created from plant oils through an industrial process, are cheap for food manufacturers. They also extend the shelf life of foods.

In 2006, the Food and Drug Administration began requiring manufacturers to list the amount of trans fats in their products. These fats had long been hidden from consumers.

The same year, New York City, led by Mayor Michael Bloomberg, went one step further. The city became the first locality in the United States to restrict the use of trans fats, targeting the restaurant environment.

The proposed ban was met with much opposition and several lawsuits, but it went into effect in July 2007. The ban restricts all food service establishments in the city, including both chain and nonchain restaurants, from "using, storing, or serving food that contains partially hydrogenated vegetable oil [trans fat] and has a total of 0.5 g or more trans fat per serving," according to the city's report.

The city's study looked at receipts from randomly selected restaurants in 2007 and 2009, before and after the ban when into effect, and also surveyed adult customers.

The researchers found a significant decrease in trans fats, as expected, but not at the expense of an increase in other kinds of saturated fats. They attributed the total decrease in unhealthy fats to new cooking methods and to new offerings, such as grilled chicken sandwiches.

Also, between 2006 and 2008, the number of restaurants using trans fats decreased from 51 percent to 2 percent, and the switch to alternative fats and methods has been cost-neutral.

Missing from the editorial and the city's study, however, is any mention of New York's latest health initiative: a proposed ban on sugary drinks larger than 16 ounces sold at restaurants, stadiums and street carts. Approved by the city's health panel, the regulation faces a public hearing on July 24.

On July 9, New Yorkers held what was dubbed the "Million Big Gulp March," attracting a few hundred participants who decried the proposal. As heard with the trans-fat ban circa 2006, there were chants of "food Nazi" and arguments about personal freedom.

The connection between sugary drinks and diabetes and obesity, though, is not as firm as it is for trans fats and heart disease, many experts say. Only time will tell if the positive report on the trans-fat ban will give New York City some much needed ammunition for this next fight.