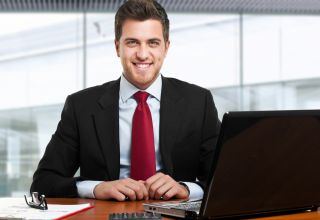 Most people spend a large chunk of their day parked in front of a computer. While they type away, these office workers are shedding millions of bacteria. Who are the worst offenders? The men, a new study suggests.

"We know that there are bacteria everywhere, but we really don't know which kinds and what their main sources are," study researcher Scott Kelly, from the University of San Diego, told LiveScience. "We spend so much time in our offices, and we know so little about the microbes that live in them."

Now we do. Kelly and his colleagues found high levels of bacteria that come from human skin and mucus membranes, as well as tons of bacteria from plants and soil when they sampled offices. The researchers also found tons of bacteria on phones and chair armrests.

In the fall of 2007, the researchers sampled bacteriafrom offices in New York, San Francisco and Tucson, Ariz. They tested three buildings per location, 10 offices in each building, for a total of 450 bacterial samples. They noted what part of the office they took the sample from (chair, phone, keyboard, desk, etc.) and the gender of the office's occupant.

They analyzed all the samples and found more than 500 groups, or "genera," of bacteria on the office surfaces. The most abundant bacteria were from human skin and the nasal, oral or intestinal cavities. Other examples came from bacteria that live in soil or dust.

They found that chairs and phones had a high abundance of bacteria, while the desktop, keyboard and mouse were somewhat cleaner. "These surfaces are pretty inert. You are getting mostly what you are putting out or shedding, or what's blowing in through the door and window," Kelly said. "It's harmless; you bring it in with you."

Of particular interest, the bacteria levels the researchers found depended on the gender of the office occupant. "The surfaces inhabited by men tended to have more bacterial cells and more abundance of cells than those inhabited by women," Kelly said. [Germs Really Are Everywhere (Infographic)]

The researchers have two suggestions of why this might be. First, this could be just because men are frequently larger than women, so they have more surface area to grow bacteria, and therefore end up shedding more bacteria into their environment.

The second idea is not nearly as flattering. Previous studies have shown that men are just dirtier than women; they don’t wash their hands or brush their teeth nearly as often. This could be the cause of their extra dirty offices (and orifices), the researchers said.

They did find that San Francisco was cleaner than New York or Tucson, but that could be an artifact from the small number of buildings they tested. They did find a big difference in the soil-associated bacteria in Tucson, probably because of the different climate, researchers said.

The study was published today (May 30) in the journal PLoS ONE.