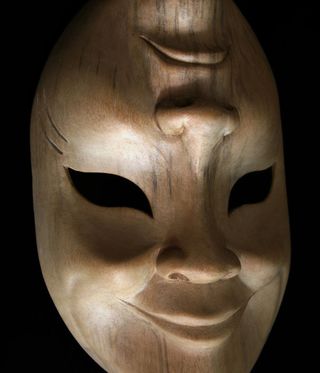 The problems that come with bipolar disorder are well-known, however, some people with the condition  feel lucky to have it.

In a British study, 10 people with biopolar disorder — a serious mental illness characterized by swings between elation and depression — talked about positive ways the condition had affected their lives.

The participants described an amplifying effect on their own internal experiences, say the researchers in their study published online April 1 in the Journal of Affective Disorders.

For instance, a participant the researchers call Alan (names were changed to protect privacy), said: "It's almost as if it opens up something in the brain that isn't otherwise there, and er I see color much more vividly than I used to. ... So I think that my access to music and art are something for which I'm grateful to bipolar for enhancing. It's almost as it's a magnifying glass that sits between that and myself."

In some cases, participants believed bipolar disorder had helped them achieve goals that would not have otherwise been possible. For Alan, this meant performing in comic theater: "Had it not been for being bipolar, there's no chance I could have done it," he said.

When talking about the relationship between the disorder and a sense of self, only one participant described the mood swingsas an illness separate from the self, as something that needed managing.

And most participants clearly viewed their "bipolarness" as a gift for which they felt extremely grateful, write the researchers, led by Fiona Lobban of Spectrum Centre for Mental Health Research at Lancaster University in the United Kingdom. [10 Stigmatized Health Disorders]

"I've been blessed haven't I? … because I'm able to experience life in sort of what some people describe as kind of extremes, it just gives me an opportunity to feel things and experience things that I wouldn't otherwise do, simple as that," said a participant they call Dominic.

"We were struck by the passion and enthusiasm with which people talked about the positive aspects of their bipolar experiences," write the researchers, adding, "The interviewer experienced nostalgiafor her own previous mood episodes and the analysis team were left feeling they were missing something in not having had such experiences." (In fact, past research has found a link between creativity and mental illnesses, particularly schizophrenia.)

There is a serious downside to the bipolar disorder, they note. Research has linked it with long-term unemployment, strain on families, substance abuse, poor quality of life and suicide rates 20 times that of the general population, write the researchers.

However, focusing only on the negative aspects creates the inaccurate perception that being bipolar is a wholly negative experience, they write. What's more, a focus only on the negative makes it difficult to understand why patients may feel ambivalent about treatment, the team writes.