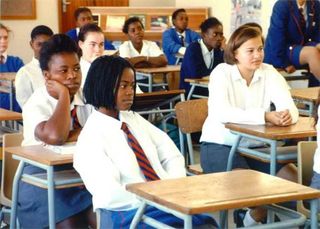 Teachers tended to be less critical of poorly written papers they believed came from minority students, versus white students.

Black and Latino students may be getting less critical, but helpful, feedback from teachers than their white counterparts, a new educational study indicates.

"The social implications of these results are important; many minority students might not be getting input from instructors that stimulates intellectual growth and fosters achievement," study researcher Kent Harber, a Rutgers-Newark psychology professor, said in a press release.

The study "tested" 113 white middle-school and high-school teachers in two public school districts, one middle class and white, and the other working class and racially mixed. Both are located in the New York/New Jersey/Connecticut tri-state area.

Harber and colleagues developed a poorly written essay that they gave to the teachers to grade, under the pretense that it was the work of a student. In some cases, the teachers believed the student was white, in others black and in others Latino.

The teachers believed their feedback would go directly to the student. [Poll: Were Your Teachers Tough Enough?]

The researchers found that, indeed, the teachers were prone to give more praise and less criticism if they believed a minority student had written the paper, as opposed to a white student.

The researchers also considered the support the teacher received from colleagues and administration. This turned out to be an important factor if the teachers believed the student was black, with only teachers who lacked support showing the bias. However, when teachers thought the student was Latino, they showed the bias toward positive feedback regardless.

"These results indicate that the positive feedback bias may contribute to the insufficient challenge that undermines minority students' academic achievement," the researchers conclude.

The study appeared online April 30 in the Journal of Educational Psychology.