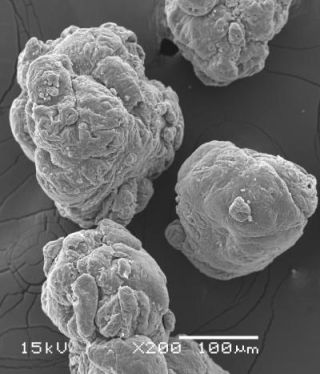 Waterborne plastic debris too small to see and festooned with pollutants could pose a hitherto unknown toxic hazard to sea life. The oceans are increasingly burdened by visible pollution—garbage—along shorelines and in the open ocean, and also by old fishing nets that entrap and kill marine life. And in recent decades, environmentalists have sounded alarm bells on plastic trash, specifically how large chunks can sicken and kill fish, birds, dolphins, turtles and other marine animals. For instance, the creatures might easily mistake plastics for food, but then suffocate or starve on the stuff. The Environmental Protection Agency characterizes the problem as a growing threat to marine life, as coastal populations grow, generating more trash that is tossed out improperly and washes into the sea. Sea birds are known swallow small plastic pieces because they look like fish eggs, according to the EPA, and sea turtles sometimes swallow clear plastic bags that resemble jellyfish. "Plastic production is increasing at an exponential rate, with the majority being used as single use, disposable packaging," said researcher Emma Teuten, an environmental chemist at the University of Plymouth in England. "A non-trivial amount of this ends up in the environment." Now Teuten and colleagues are worried about small stuff. The seas eventually break down all this plastic garbage into microscopic particles. These "microplastics" can attract high levels of toxic molecules such as polychlorinated biphenyls, or PCBs. Microplastics from household and industrial cleaning products can also litter the waters, or eventually settle onto the sea floor. Until now, little research has been done on the environmental danger that microplastics present. Devouring such debris could load sea life up with the pollution stuck onto the particles. Marine ecologist Richard Thompson along with Teuten and colleagues experimented with several different sizes and types of microplastics to see how well they glommed onto and released phenanthrene, a significant marine pollutant. Their findings suggest that adding just a few millionths of a gram of contaminated microplastics to sediments triggered an 80 percent rise in phenanthrene accumulation in marine worms dwelling in that muck. Such worms lie at the base of the food chain, meaning phenanthrene from microplastics would be passed on and contaminate other marine animals. "The solution to pollution is dilution—if you reduce the concentration of toxic substances, their impact will be reduced," Thompson told LiveScience. "But here we have a process that is mopping up contaminants from a wide area and concentrating those chemicals, thus increasing the chances they'll pass onto organisms." The scientists will detail their findings in the Nov. 15 issue of the journal Environmental Science & Technology.