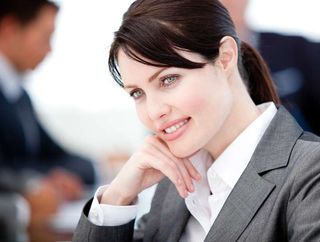 Muttering to yourself can actually improve your cognition, a new study finds.
(Image: © wavebreakmedia ltd | Shutterstock)

Talking to yourself might not mean you are crazy — it can actually benefit thinking and perception, researchers say.

People often talk to themselves — most do so at least every few days, and many report doing so on an hourly basis, scientists have said. Although such muttering might seem irrational, past research has shown that self-directed speech can help guide children's behavior, with kids often taking themselves step-by-step through tasks such as tying their shoelaces, as if reminding themselves to focus on the job at hand.

To see if talking to oneself could also help adults, psychologists conducted experiments with volunteers who had to search for specific items. This work was inspired in part by the researcher's own self-talk. "I'll often mutter to myself when searching for something in the refrigerator or supermarket shelves," said researcher Gary Lupyan, a cognitive psychologist at the University of Wisconsin-Madison.

In one experiment, volunteers were shown 20 pictures of various objects and asked to look for a specific one, such as a banana. In half of the trials, participants were asked to repeatedly say what they were looking for out loud to themselves; in the others, they were asked to remain silent. The researchers found self-directed speech helped people find objects more quickly by about 50 to 100 milliseconds. (The average time it took participants to find an item was 1.2 to 2 seconds.)

"The general take-home point is that language is not just a system of communication, but I'm arguing it can augment perception, augment thinking," Lupyan told LiveScience. [10 Fun Ways to Keep Your Mind Sharp]

In another experiment, volunteers carried out a virtual shopping task in which they saw photos of items commonly found on supermarket shelves and were asked to find all instances of a particular item, such as Jell-O, as quickly as possible. The results were more complex — there was an advantage to speaking the name of an item only when volunteers looked for familiar objects. For instance, saying "Coke" helped when looking for Coke, but saying the less familiar item "Speed Stick" when looking for Speed Stick deodorant actually slowed people down. (Speed stick isn't such a "universally" common item.)

"Speaking to yourself isn't always helpful — if you don't really know what an object looks like, saying its name can have no effect or actually slow you down," Lupyan said. "If, on the other hand, you know that bananas are yellow and have a particular shape, by saying banana, you're activating these visual properties in the brain to help you find them."

Future work can scan the brain at the same time as these experiments are conducted, to see what brain circuits are involved, Lupyan suggested.

Lupyan and his colleague Daniel Swingley detailed their findings online April 10 in the Quarterly Journal of Experimental Psychology.