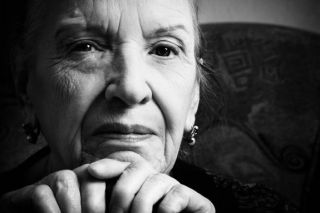 Sirtuin proteins may act as regulators of life span in both mice and humans, the researchers say.
(Image: © Dreamstime)

Things are looking up for aging mice and, if this research pays off, for aging humans, too.

Researchers have found that a long-suspected anti-aging protein called sirtuin can make male mice live about 16 percent longer than average, the first such advance for mammals in a field that has thus far only offered the blessings of extended life span to yeast, nematodes and fruit flies.

The findings, by scientists at Bar-Ilan University in Israel, appear today (Feb. 22) online in the journal Nature.

Although the Israeli scientists cannot explain why female mice didn't also live longer like the males, an accompanying commentary describes the findings as bringing the field of anti-aging research to a new level of maturity.

Sirtuin was hot news in 1999 when researchers found that a certain sirtuin called Sir2 could extend life span in yeast by 30 percent. That was about five lifetimes ago for your typical mouse, though. Studies that followed on worms and flies have had mixed results, and some researchers have started to question whether sirtuins could control life span in more complicated life forms.

Mammals, including humans, have seven types of sirtuins, called SIRT1 to SIRT7. Scientists aren't sure what these proteins do, although there is some evidence suggesting that they might help prevent chronic diseases such as cancer and cardiovascular disease. For example, resveratrol, the nutrient found in grape skins (and red wine), has been shown to have a positive effect on heart health, and it may work by activating the SIRT1 gene to make more SIRT1 protein.

The Israeli researchers, led by Yariv Kanfi, focused on SIRT6. The team's previous work revealed that mice genetically bred to have lots of SIRT6 could get fat on rich diets yet show no signs of heart disease, fatty liver disease and other diseases associated with obesity. Previous research by other groups showed that mice genetically bred to have little SIRT6 don't live very long. And, conversely, rats living longer on a calorie-restricted diet have increased levels of SIRT6 in their blood.

So, this time the Israeli team simply decided to let the SIRT6 mice live a natural life. These male mice lived longer, about 16 percent longer on average, than regular mice kept in the same conditions. The female mice with the SIRT6 gene enhancement didn't live longer than regular mice. The researchers speculate that, considering how male mice have a higher rate of cancers compared with the females, the SIRT6 could be acting as a tumor suppressor and thus have a larger effect on male life span than female life span.

It could be that SIRT6 is to mice (and humans) as Sir2 is to yeast, a regulator of life span. Given the title of the Nature study, "The sirtuin SIRT6 regulates lifespan in male mice," that's what the researchers are hoping. [Scientific Tips for a Longer Life]

David Lombard and Richard Miller of the University of Michigan School of Medicine, in an accompanying News and Views article, remain positive yet generally skeptical. They note that measuring life spans in longer-lived and more complex animals can be tricky, because, for example, life spans can vary by many months for genetically similar mice in similar environments with similar feed. The current study used 245 mice, but ultimately may need thousands of mice to produce more reliable statistics.

Meanwhile, questions abound for sirtuin researchers: How is SIRT6 affecting life span at the cellular level? Why are the effects more pronounced in males than females? And how can one activate the SIRT6 gene to make more SIRT6 without the unpleasantness of a caloric-restriction diet?

This could take years to unravel. But better to be a human than a mouse.