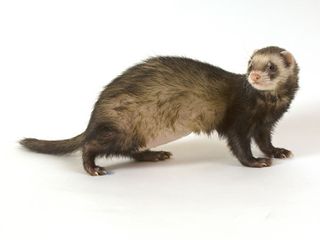 To head off the possibility of a flu pandemic, scientists in two labs hit fast forward on the H5N1 virus, giving the virus a newfound ability to spread, something it lacks in nature, but could evolve.

Their results offered a glimpse into a possible future for the virus.

Details on these experiments — which have yet to be published in scientific journals — have come trickling out in the popular press, revealing two different techniques for altering the virus so it could spread, airborne, between ferrets, the animals used to study flu.

News of these studies sparked fears the viruses could also infect humans, and that they might escape or be turned into bioweapons in the hands of terrorists. Some have argued the research should never have been done in the first place.

But virologists (who study viruses) say the research is critical to preventing, or at least preparing for, a pandemic.

"The real truth is so far nature has been the worst bioterrorist we know, and it comes up time and again with infectious agents that we couldn't even dream about, so research on bird flu must be continued," said Eckard Wimmer, of Stony Brook University in New York, who was one of the creators of the first synthetic virus.

A handful of changes

Ron Fouchier at Erasmus Medical Center in the Netherlands, head of the laboratories in question, discussed some of his work at a conference in September. According to news reports, he introduced specific mutations into the virus' genetic code and generated others by transferring viruses from sick ferrets to healthy ferrets until the virus became able to spread among them through the air on respiratory droplets, killing them. He reported that at least five mutations — already seen in nature but not together — made this possible.

In nature, viruses' genetic material is error prone. So as they circulate among hosts, the viruses accumulate mutations, sometimes these errors end up helping the virus out — like the mutations that allowed the virus in Fouchier's experiments to become capable of air travel.

"The idea would be as the virus moves among people. … It would eventually accumulate the changes that might allow it to transmit through the air, maybe similar changes to what Fouchier selected," said Vincent Racaniello, a professor of microbiology and immunology at Columbia University. "He did something that you assume might happen in people and might even give you a similar virus."

H5N1 is a type of bird flu, which, so far, spreads readily only among birds, not mammals like us. Another related virus, H1N1, dubbed swine flu, caused its own pandemic in 2009. (The Hs and Ns represent proteins on the viruses.) In the second study, Yoshihiro Kawaoka's lab at the University of Wisconsin-Madison took the gene for the H5 protein and subbed it for H1 gene in H1N1.

The hybrid virus could pass between ferrets via respiratory droplets (think of the coughing and sneezing that comes with the flu). This time, however, the mutant virus didn't kill any of the ferrets.

"It was a totally different experiment than Fouchier's, but it really gets at the same question: What do you need to get (airborne) transmission?" Racaniello said.

In nature, when multiple viruses infect an animal they can swap genes to create new, potentially pandemic-causing hybrids. This process is called re-assortment.

While these new viruses are bad news for ferrets, it's not clear what they mean for humans.

"Ferrets are a good model for (studies on) influenza, how much they mimic humans is another question," said Elankumaran Subbiah, an assistant professor of virology in the college of veterinary medicine at Virginia Tech.

We have more in common with ferrets than we do with H5N1's original hosts, birds, but that doesn't mean the virus will have the same effect on us that it does on a ferret, virologists say.

Research like Fouchier's and Kawaoka's is important, because it shows what specific changes can help viruses spread more easily among mammals. With this information, we can watch for these changes among circulating strains and to prepare in case an airborne, human-infecting strain does arise, according to Subbiah.

"It may happen in nature now, or 50 years from now. It may never happen," he said.