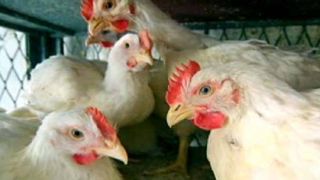 The results of two studies that created more transmissible forms of the H5N1 bird flu virus will be published in full — at some point, flu scientists and public health officials meeting today (Feb. 17) at the World Health Organization have agreed.

A moratorium on research on lab-created viruses and H5N1 transmission in mammals, as well as on the publication of the two studies, will continue, most likely lasting "a matter of months," said Keiji Fukuda, WHO assistant director-general for health security and the environment, in a news conference with reporters today at the conclusion of the two-day meeting.

The delay is needed to explain the importance of the research and address anxieties the research has raised, Fukuda said. The delay would also allow officials time to re-assess the biosafety and biosecurity conditions necessary for this kind of work. He pointed out, there was no hint of problems at the two facilities in question.

The group of 22 officials reached a "quite strong agreement that full disclosure of the information contained in these studies was really important from both the public health and scientific perspectives," Fukuda said.

In addition, the group decided that setting up a process to redact, or withhold, certain details while making them available to certain people would not be feasible because of the complexities involved, he said.

H5N1 spreads among birds and can be picked up by people, and has even caused fatalities. But so far, it cannot spread readily between people. If the virus acquires this ability it could start a pandemic. The two studies in question asked: How could this happen? [7 Devastating Infectious Diseases]

Using ferrets as stand-ins for people, they developed viruses that could spread through the air between the animals. But, because of differences between ferrets and humans, it is not known if these viruses could do the same thing in humans.

The details of the two studies, one conducted at Erasmus Medical Center in the Netherlands, and one conducted at the University of Wisconsin, Madison, have been accepted for publication by the journals Science and Nature, respectively.

"My surprise is they actually did achieve a decision," said Bruce Alberts, editor-in-chief of Science in a press conference the same day. "I am not completely clear about what that decision means, because it is qualified."

In December, the National Science Advisory Board for Biosecurity requested that sensitive information be withheld from publication to keep it out of the wrong hands.

Some have gone even further, arguing the research should never have been done. DA Henderson, of the Center for Biosecurity at the University of Pittsburgh Medical Center, is among them. He said he is concerned the recommendations offer encouragement to labs around the world that might be less aware of the risks but anxious to get credit for doing adventuresome science.

"I think there is less restraint preached here by virtue of saying let's go ahead and preceded there is very imp research to be done," he said.

At the other end of the spectrum, some scientists have opposed the option of withholding details from publication and distributing them only to certain people, say it would impede crucial public health research intended to prevent or prepare for a pandemic.

"In science, you never know who is going to do the right experiment to solve a tough problem. To parcel out information goes against that idea," said Vincent Racaniello, a virologist at Columbia University.

He welcomed the conclusions.

"This information needs to be published and I am gratified that the conference members realized that publication of a redacted form would be useless," he told LiveScience in an email.