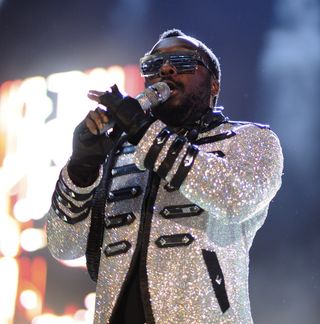 Celebrities are often better known for trashing science or spreading scientific misinformation than they are for using their public platforms to promote responsible research. It's become so bad that London-based scientific literacy organization Sense About Science compiles an annual list of celebrity science offenders.

But with the Academy Awards coming up and celebrities basking in the glow of nominations, we thought we'd add commendations of our own. Here's a list of celebrities who have supported scientific endeavors, spoken out against pseudoscience, or who have surprising nerd chops.

With celebrities such as former Playboy model Jenny McCarthy pushing the discredited idea that vaccines cause autism, researchers and public health officials have worried about the resurgence of preventable childhood diseases. Actress Amanda Peet lent her celebrity shine to the cause of vaccination in 2008 when she became the spokeswoman for the group Every Child By Two, an organization that encourages childhood vaccination. Peet used her own experiences as a new mother to encourage parents to get vaccine information from reliable sources.

"What became clear to us after all of our research was that scientists around the world clearly refuted any connection between vaccines and autism or other disorders. Most importantly, I learned that delaying vaccines could jeopardize our baby's life," Peet wrote on the website, vaccinateyourbaby.org. "After my experiences I realized that many parents must be going through the same turmoil over this critical decision. I was determined to do whatever I could to help parents like us get the facts straight on this very important issue."

Queen Amidala was only the beginning. Movie star Natalie Portman started acting as a child, but kept her academic dreams alive, too, graduating from Harvard University in 2003 with a bachelor's in psychology. She was a semifinalist in the Intel Science Talent Search in 1998 and a co-author on a study published in the journal NeuroImage in 2002 under her given name, Natalie Hershlag.

Black Eyed Peas frontman will.i.am might be partially responsible for unleashing the song "My Humps" into the world, but he's also a supporter of STEM (science, technology, engineering and math) education. In August 2011, will.i.am paired up with Segway founder Dean Kamen to produce a television special called "i.am.FIRST — Science is Rock and Roll." The special followed the 20th annual FIRST Championship, a robotics competition for students in kindergarten through 12th grade. The singer also promotes education with his foundation, the i.am scholarship.

Viennese actress Hedy Lamarr got a notorious start to her acting career by appearing nude in the film "Extase" (Ecstasy) — in 1933. More to the point, Lamarr was an inventor. Along with composer and amateur endocrinologist George Antheil, Lamarr created a system for torpedo guidance that would use signals broadcast over multiple radio frequencies, swapping (or "hopping") from frequency to frequency. They got a patent on the idea in 1942. The idea didn't catch on immediately, most likely because Navy officials believed that the system would never fit on their planes. But in 1957, other engineers perfected the concept and put it into use. Lamarr died in 2000 after having been retired from public life for decades.

Particle physicist Brian Cox now works at the Large Hadron Collider in Switzerland, but in the 1990s, he was better known for making music than for searching for mysterious subatomic particles.

Cox was already studying for his physics doctorate when he played keyboard for the U.K. pop band D:Ream. Now, he stays in the limelight as a frequent presenter and guest on the BBC. He also briefly rejoined D:Ream in 2011 to play on the band's 2011 single, "Gods in the Making." He's also been a blunt supporter of science in the media and on Twitter, blasting conspiracy theorists who expect a 2012 doomsday, for example. [Oops! 11 Failed Doomsday Predictions]

Tom Hanks once dreamed of being an astronaut. That dream didn't come true, but he did get to play one in the 1995 movie "Apollo 13." The actor has also been a strong supporter of NASA and its manned missions, serving on the board of the National Space Society and producing documentaries about NASA's moon landings. He's even been honored for his efforts on behalf of space exploration by the nonprofit Space Foundation, which gave him the Douglas S. Morrow Public Outreach Award in 2006.

The environment is a favorite cause for celebrities, and actor Leonardo DiCaprio is one of the first in the ranks of environment-minded stars. In 2007, DiCaprio produced the film "The 11th Hour," a documentary about climate change, biodiversity and conservation that featured such scientists as physicist Stephen Hawking.

The actor has also put his money where his mouth is, donating $1 million in 2010 through the World Wildlife Fund for tiger conservation.

Brian May will rock you … with guitar licks and astrophysics. This founding member of the rock band Queen was working on his doctorate in physics when the band took off; he took off three decades to rock and then turned his efforts away from stardom and toward the stars, earning his degree in astrophysics in 2008. May has even had an asteroid named after him: asteroid 52665 Brianmay. More recently, May has become a conservationist, focusing on ending fox hunting and badger-culling in Britain.

Correction: This article was updated at 3pm ET to correct the spellings of Simon Cowell and Nicole Polizzi.