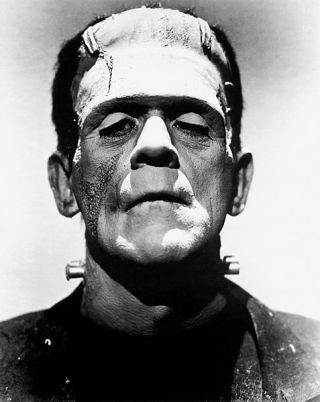 In 1999, a Swedish medical student named Anna Bagenholm lost control while skiing and landed head first on a thin patch of ice covering a mountain stream. The surface gave way and she was pulled into the freezing current below; when her friends caught up with her minutes later, only her skis and ankles were visible above an 8-inch layer of ice.

Bagenholm found an air pocket and struggled beneath the ice for 40 minutes as her friends tried to dislodge her. Then her heart stopped beating and she was still. Forty minutes after that, a rescue team arrived, cut her out of the ice and administered CPR as they helicoptered her to a hospital. At 10:15 p.m., three hours and 55 minutes after her fall, her first heartbeat was recorded. Since then, she has made a nearly full recovery.

Bagenholm was the very definition of clinically dead: Her circulatory and respiratory systems had gone quiet for just over three hours before she was brought back to life. But what was happening in her body on a cellular level during the hours she went without a heartbeat? Were her tissues dying along with her consciousness? And how much longer could she have gone with no blood circulation?

Can scientists learn anything from cases like this that could help them revive people who have been "dead" for an even longer period?

These are the types of questions that preoccupy the staff of the University of Pennsylvania's Center for Resuscitation Science (CRS), a team of scientists, clinicians and engineers that's revolutionizing the way we treat cardiac arrest and nudging forward the line between life and death. It all starts by learning what's going on at the cellular level. According to Dr. Honglin Zhou, an assistant professor of emergency medicine at the University of Pennsylvania and an associate director of the CRS, scientists generally agree that, unlike the larger organisms they compose, there are clear ways to tell whether an individual human cell is dead. [Does Your Heart Really Stop When You Sneeze?]

Every cell has a tight outer membrane that serves to separate its own contents from its surroundings and filter out the molecules that are nonessential to its function or survival. As a cell nears the end of its life, this protective barrier will begin to weaken and, depending on the circumstances of a cell's death, one of three things will happen: It will send an "eat me" signal to a specialized maintenance cell that will then devour and recycle the ailing cell's contents; it will quarantine and consume itself in a kind of programmed altruistic suicide; or it will rupture abruptly and spill its contents into the surrounding tissue, causing severe inflammation and further tissue damage.

In all cases, when the integrity of the outer membrane is compromised, a cell's fate is sealed. "When the permeability of the membrane has increased to the point that the cellular contents are leaking out, you have reached a point of no return," Zhou said.

Because even a mad scientist can't put Humpty Dumpty's cells back together again, a real-life Frankenstein's monster is not a possibility in the foreseeable future. But, as it turns out, it can take some cells quite a long time to die.

When human cells are abruptly cut off from the steady supply of oxygen, nutrients and cleaning services that blood flow normally provides them, they can hold out in their membranes for a surprisingly long time. In fact, the true survivalists in your body may not die for many days after you've lost circulation, consciousness and most of the other things most people consider integral parts of living. If doctors can get to the patient before these cells have crashed, re-animation is still a possibility.

Unfortunately, the cells that are most sensitive to nutrient and oxygen deprivation are brain cells. Within five to 10 minutes of cardiac arrest, neuronal membranes will begin to rupture and irreparable brain damage will ensue. Making revival efforts more difficult, a surefire way to kill a cell that has been cut off from oxygen and nutrients for an extended period of time is to give it oxygen and nutrients. In a phenomenon called reperfusion injury, blood-starved cells that are abruptly reintroduced to a nutrient supply will quickly self-destruct.

The exact mechanisms of this process are still not well-understood, but Zhou speculates that when cells lose blood supply they may go into a kind of metabolic hibernation, with the goal of self-preservation. When the cells are roused from this state by an onslaught of oxygen and panicking white blood cells in an environment where toxins have accumulated, they are overwhelmed with inflammatory signals and they respond with self-immolation.

Though scientists don't fully understand the causes of reperfusion injury, they know from experience that one thing that stifles its onset is to lower a patient's body temperature. This is why Bagenholm, who arrived at the hospital with an internal body temperature of 56 degrees Fahrenheit (about 13 degrees Celsius), was able to recover and why one of the primary areas of research for the CRS is the application of so-called "therapeutic hypothermia."

By rapidly lowering a patient's body temperature to about 91 degrees F (33 degrees C) using an intravenous cooling solution or a kind of ice-pack bodysuit as soon as possible after a cardiac arrest, ER doctors have found they can greatly decrease the risk of reperfusion injury as they work to revive the patient. This process sometimes allows patients who have been clinically dead for tens of minutes to make full recoveries.

Whether this kind of medical miracle qualifies as reanimating the dead is not the principal concern of doctors, but survivors of clinical death do seem to have reemerged from an interlude of profound mental absence. Said Zhou: "I've met with people who have recovered from cardiac arrest, and it was just totally blank in their brain what happened. The brain's not dead, but they couldn't retrieve anything during that cardiac arrest stage."