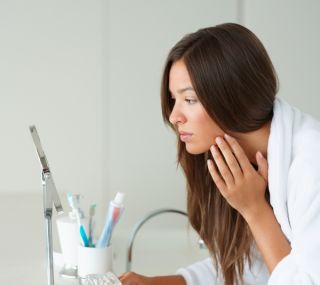 The Food and Drug Administration has for the first time approved a drug to treat advanced cases of the most common skin cancer, basal cell carcinoma, the agency announced yesterday (Jan. 30).

The drug, a capsule called Erivedge (generically known as vismodegib), treats basal cell carcinoma that has metastasized (spread through the body), or that cannot be treated with surgery.

In a clinical study in 96 people, 30 percent of those with locally advanced basal cell carcinoma (which had spread to surrounding tissue), and 43 percent of those with metastatic cancer (which had spread to distant sites in the body) saw their tumors shrink or heal while taking the drug, according to a statement from the FDA. Patients took one pill by mouth each day.

Doctors treat non-metastatic cases with surgery, radiation or topical treatments, and have an extremely high success rate. But no other treatments exist for inoperable cases, such as people with tumors that have extended into the brain, or people who would become disfigured from surgery.

"This is exciting," said Dr. Désirée Ratner, director of dermatologic surgery at Columbia University Medical Center in New York. "I treat high-risk cases that are doable with surgery, but now there is a nonsurgical medical option for large, very advanced cases."

Ratner said she once had a patient whose tumor covered her entire upper back, and spread into her neck. That patient was not eligible for surgery, she said, but would perhaps have been a candidate for this drug, she said.

Factors that raise a person's risk include having fair, freckly skin, and being chronically exposed to the sun.

Pregnant women should not take Erivedge, as it could kill or harm a fetus, the agency said.

In addition to helping patients with skin cancer, Erivedge might also treat people with other cancers, such as medulloblastoma, a malignant brain tumor that occurs in children; pancreatic cancer; and a type of lung cancer. The drug is currently in trials for other cancers.

Erivedge is produced by the company Genentech.

Pass it on: The drug Erivedge has been approved for the treatment of metastatic basal cell carcinoma.