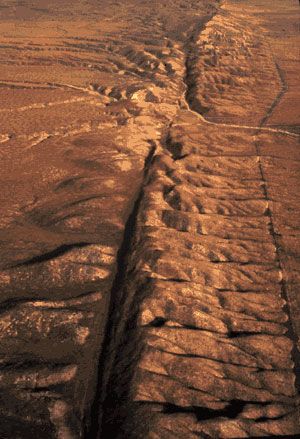 Aerial view of the San Andreas fault slicing through the Carrizo Plain in the Temblor Range east of the city of San Luis Obispo.
(Image: © Robert E. Wallace, USGS)