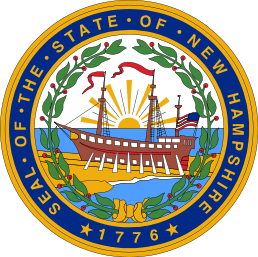 As is customary during presidential election cycles, today’s (Jan. 10) New Hampshire primary will be the first in the nation, and statistical analyses of past elections show that it will probably be a pivotal moment in the race.

"After controlling for everything else, a win in the New Hampshire primary increases a candidate's expected share of the total primary vote by a remarkable 26.8 percentage points," wrote political scientist William Mayer in "The Making of the Presidential Candidates" (Rowman and Littlefield, 2008). Even a second-place finish in New Hampshire increases a candidate's total votes by an average of 17.2 points, Mayer noted.

Thus, even if Mitt Romney is victorious in New Hampshire as expected, the runner-up, whether it be Ron Paul, Jon Huntsman or Rick Santorum, could receive a big boost from the outcome.

Political pundits attribute the large impact of the New Hampshire primary to its early timing and the intense media coverage of the event.

The Granite State has fought hard to maintain its outsized influence on the course of American history. It even has laws on the books to ensure that its primaries will remain the first in the nation, with a law requiring that state officials hold the primary "on the Tuesday at least seven days immediately preceding the date on which any other state shall hold a similar election." As other states have moved their primaries forward, New Hampshire has done likewise, overtaking the encroaching state just enough to maintain their prime status.

Dixville Notch, a town with only 12 residents of voting age as of the 2010 census, is famously one of the first places to announce its primary results, thanks to its tradition of holding middle-of-the-night votes. This year, Romney and Huntsman tied for the lead there, with two votes each.

New Hampshire laws don't require it to precede the Iowa caucus, which happened Jan. 3. A slightly different kind of electoral event, a caucus is carried out by groups of citizens gathered in auditoriums who must come to a consensus as to their preferred candidate. Proceedings are opened and closed by the gavels of precinct-caucus chairs. The New Hampshire primary is administered just like a regular election, with state residents voting at poll stations throughout the day.