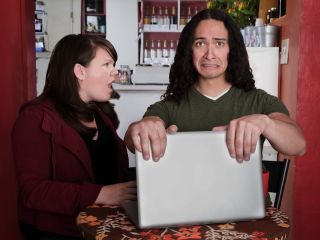 Sometimes science delves into taboo subjects — and turns up interesting results. This year was no exception, with researchers delving into such blush-worthy topics as premature orgasms, sex toys and even bestiality. Here are 10 of the stories that reddened our cheeks in 2011.

It's not just men who struggle with finishing too early in the sack. According to research published in the journal Sexologies in October, premature orgasm may be more common than expected in women. In a preliminary survey of Portuguese women, researchers at the Hospital Magalhães Lemos in Porto, Portugal, found that 14 percent had frequent and distressing early orgasms during sex. The women couldn't control their orgasms and often found that they were uncomfortable continuing with sex afterwards, leaving their partners in the lurch. According to the researchers, more research is needed to find out if female premature orgasm, like male premature ejaculation, should be an official sexual dysfunction.

3. Meditation can be sexy

The news that humans and Neanderthals probably got busy with one another first broke in 2010. But 2011 has brought a succession of new research to enlighten us on just how friendly our early hominid ancestors got. In July, for example, researchers reported new DNA evidence that a particular Neanderthal gene fragment is present in 9 percent of humans across the globe, except in Africa. That means that the sexual tryst or trysts that led to this gene mixing would have happened soon after humans began to migrate out of Africa.

And in Asia between 23,000-and-45,000-years ago, humans got cozy with Denisovans, a mysterious human ancestor that forked off from the Neanderthal branch of the family tree.

On the other hand, all this cross-species intimacy may have been its own birth control. Research released in September found that human-Neanderthal interbreeding likely only led to offspring less than 2 percent of the time.

On the subject of teen sex, it turns out that vaccinating adolescents for HPV won't encourage them to dive into promiscuity. In research released this December and to appear in the January issue of the American Journal of Preventative Medicine, the Centers for Disease Control and Statistics reported that teen women who get the HPV vaccine are no more likely to engage in risky sexual behavior than unvaccinated women.

In fact, girls who had the HPV vaccine were actually more likely to use condoms when they had sex than girls who didn't, likely because they were more knowledgeable about sexually transmitted diseases, the researchers reported. Apparently, the HPV vaccine is one thing we don't need to blush about.

In September, researchers uncovered a truth that might deflate the egos of college students a little bit. Although students believe that casual sex, or hook-ups, are common on campus, there's a lot more talk than action going on in dorm rooms.

Researchers at the University of Nebraska-Lincoln queried students on how often they and their peers hooked up with other students. They found that perceptions rarely matched reality. For example, 90 percent of students thought that at-least-two hookups were "typical" for a college career. In fact, only 37 percent of people had that many. Inflating the number of notches on your bedpost never gets old, it seems.

8. Squid swim around covered in sperm

Animals generally are less uptight about sex than humans, rarely demanding trivial comforts like, say, privacy. But the deep-sea squid Octopoteuthis deletron takes casual sex to a new level. These squid live in the dark waters off the coast of California, and they rarely run into other squid of their species. When they do, researchers reported in the journal Biology Letters, the squid don't take the time to find out whether they've met a male or a female: They just ejaculate sperm packets onto their new acquaintance and jet out of there. Embarrassingly for the targeted squid, but useful for researchers trying to track mating attempts, the sperm packets stay stuck to the squid's bodies, signaling a recent amorous run-in.

9. There's poop on the coffee table

To veer away from sex for just a moment: 2011 brought us some very, very bad news about single men's coffee tables. According to microbiology researchers, bachelor pads harbor 15 times the amount of bacteria as the homes of bachelorettes. And some of those bacteria are the ones found in feces.

In fact, those fecal coliforms showed up on seven-out-of-every-10 coffee tables in single-guy homes sampled by researchers. The culprit is likely men putting their feet up on the table while wearing shoes, the researchers reported.

Single women shouldn't get too smug: fecal coliforms show up in their homes, too, just in lower concentrations than in the homes of single men. Other fecal coliform hot spots include the TV remote, nightstands and doorknobs.

If you took the first nine entries in this countdown in stride, prepare to cringe at least a little at number 10: According to research published in November in the Journal of Sexual Medicine, having sex with animals is linked with penile cancer.

Researchers managed to uncover this connection by studying 492 men from rural Brazil. They found that a whopping 35 percent reported sex with animals in their lifetimes. Men with penile cancer were more likely to have had sex with animals, the researchers found. They speculate that penile injuries plus foreign secretion from distantly related species may introduce microorganisms that cause cancer, much as the human papilloma virus does. Now if you'll excuse us, we're off to bleach our brains.