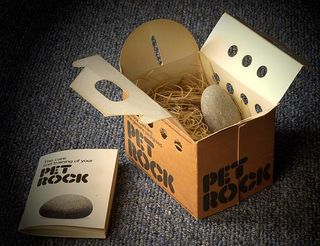 'Tis the season for buying toys, so Life’s Little Mysteries counts down the best-selling (and best-loved) toys from the ages. We have assembled them according to sales data, which is a bit skewed as people tend to have bought more things in recent years than in decades past.

So in no particular order, we present the greatest-selling toys of all time, from Pet Rock to Mr. Potato Head.

In 1957, two American entrepreneurs decided to give a traditional Australian bamboo exercise a plastic makeover and a new moniker – the hula hoop. The meter-diameter hoops produced by the Wham-O toy company immediately took off: 25 million plastic hoops were sold in less than four months in 1958, and in two years, sales reached more than 100 million units. In 1999, the humble hoop joined the Toy Hall of Fame.

Reaching far back to the 1930s, the View-Master was the brainchild of piano tuner William Gruber. During World War II, viewers were used in training for the U.S. military, with slides designed to help troops become familiar with gun range values, possible landing sites and enemy aircraft. More than 1 billion View-Master units have been sold thus far. What’s the most popular View-Master reel? The scenic reel of Mecca.

The Slinky came to life on a battleship during World War II in Philadelphia’s Cramp Shipyard. A torsion spring used in a testing meter fell off a marine engineer’s desk and tumbled end over end across the floor, creating a fad that continues sixty years later. With more than 300 million Slinkys sold, the walking spring is still marching strong.

By his own admission, ad executive Larry Dahl created the idea for a pet rock while having drinks with some buddies. The fad peaked during the 1975 Christmas season and it is estimated that Dahl earned more than $15 million during the six months that Pet Rocks were popular, with more than 5 million sold in just a few months.

Inspired by YouTube videos of singing and dancing hamsters, Russell Hornsby came up with an idea for robotic furballs. During the Christmas 2009 season alone, more than 10 million units of Zhu Zhu pets were sold. Evidence of the craze? By the end of November, Zhu Zhu pets were selling for $250 on eBay and several Target employees were fired for purchasing Zhu Zhu pets earlier than the company policy allowed.

The birth of Mr. Potato Head came in a Brooklyn garden, where an inventor used to take potatoes and add grapes for eyes, and carrots for noses to a potato. When Mr. Potato Head debuted in stores in 1952, it was the very first toy to have a commercial on television – and was the first to be directly aimed at children. The toy made $4 million in the first year, and has gone on to be a best-seller for all time.

Two million adoptions in just a few months? That’s a lot of dolls being pushed around. Cabbage Patch Dolls were created in 1983 by the toy company Coleco, and instead of simply being sold, each was “adopted,” complete with birth certificate. They became a hot item for Christmas that year, and more than 5 million sold in the first year they existed. The questionably cute dolls even spawned a dance called The Cabbage Patch, made famous when it became San Francisco 49er Jerry Rice’s touchdown dance.

Debuting in 1991, Nintendo’s Game Boy was a paradigm shift for the video-gaming industry. The portable video game system offered 35 hours of uninterrupted play, and it came preloaded with Tetris to boot. Game Boy and Game Boy Color’s combined lifetime sales reached 118.7 million worldwide by the time the technology was retired.

No list of top toys would be complete without mentioning the grand dame of dolls, Barbie. Launched in 1959, the doll has gained worldwide fame in her 50-plus years. Two Barbies are sold every two seconds, making the Barbie-industrial complex a 1.5-billion per year operation.

In 1978, Star Wars action figures hit the shelves. Within a decade, various manufacturers had sold more than 300 million units to boys and girls desperate to reenact scenes from their favorite trilogy of films. There were more than 90 options to choose from, adding to the fun.

Some sources claim that “NERF” is an acronym for “Non-Expanding Recreational Foam,” but that story seems too good to be true. Parker Brothers says they named the squishy balls after the foam that off-road drivers use to wrap their roll-bars, and in 1969 they proclaimed the polyurethane foam as “the world’s first indoor ball.” Since then, more than 300 million balls have been sold.