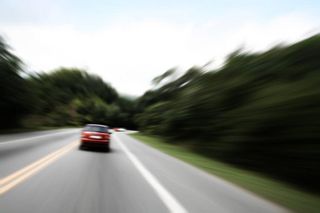 Everyone knows the dangers of drunk driving, but alcohol isn't the only drug that poses a threat on the road. Among U.S. drivers who died in a car crash, about one in four tested positive for drugs such as marijuana, cocaine or amphetamines, a new study shows.

Researchers looked at a government reporting system that collects data on all U.S. traffic deaths. The data was limited to the 20 states that require drug tests for drivers involved in crashes, which, between 1998 and 2009 included 44,000 fatal auto crashes with available drug-test information for drivers.

It's not clear whether the drugs were to blame for the crashes, researchers from the Pacific Institute for Research and Evaluation in Calverton, Md., pointed out. For example, some people who use illegal drugs may also be reckless drivers in general, not just when they're on drugs. [10 Easy Paths to Self Destruction]

However, a recent government study found that 14 percent of U.S. drivers who were randomly pulled over tested positive for drugs, the study scientists said. The fact that drug use was almost twice as high — reaching a prevalence of about 25 percent — among drivers in fatal crashes suggests that drugs do contribute to road deaths, they said.

"The suspicion is there, because when you look at drivers who've been in fatal crashes, the percentage using drugs is a good deal higher," study researcher Robert B. Voas said in a statement.

But testing "drugged drivers" poses several challenges and isn't as simple as testing drunk drivers. Drivers' alcohol intake can easily be checked, and experts have determined that alcohol levels above a certain limit — 0.08 percent — impair driving. But with drugs, there are currently no agreed-upon levels that impair driving, and testing drivers is not straightforward because certain drugs can linger in the body for days or even weeks after they are used. The fact that prohibited drugs vary by state complicates the issue even further.

The findings also showed that stimulants, including cocaine and amphetamines, were linked to all types of crash fatalities, whether from speeding, failure to obey other traffic laws, inattention, or forgoing seatbelts. Marijuana, on the other hand, was only tied to speeding and seatbelt non-use. This points to the possibility that stimulants are particularly impairing, but that's not yet clear, according to the researchers.

Despite of the various ways in which drugs may negatively affect drivers, alcohol still appears to be the biggest roadway hazard, the researchers said.

The study is published in the July issue of the Journal of Studies on Alcohol and Drugs.