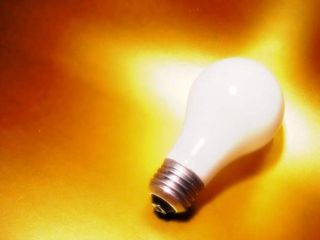 The incandescent light bulb should go the way of outdated inventions like the coal-burning locomotive, says an energy coalition that advocates a widespread change to more energy efficient lights, compact fluorescent bulbs and light-emitting diodes.

The newly formed Lighting Efficiency Coalition, which includes companies such as Philips Lighting, environmental groups such as the Earth Day Network, and elected officials, is pushing for a "sweeping transformation of the U.S. marketplace towards energy efficient lighting products by the year 2016," said coalition member Sen. Mark Pryor of Arkansas.

"This huge and expensive waste of energy should come to an end," Dundan said.

According to Illinois Rep. Don Manzullo, the public can save $18 billion a year in energy costs if the switch to more energy efficient lighting is made.