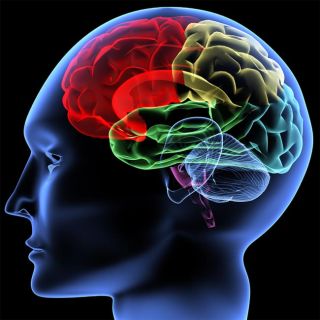 People in the early stages of dementia may not be able to tell the truth from lies and sarcasm from sincerity, a new study finds.

"If somebody has strange behavior and they stop understanding things like sarcasm and lies, they should see a specialist who can make sure this is not the start of one of these diseases," study researcher Katherine Rankin, a neuropsychologist at the University of California, San Francisco, said in a statement.

Rankin and her colleagues asked about 175 people, more than half of whom had a neurodegenerative disorder like dementia, to watch videos of people talking. The videotaped people would sometimes drop in a lie or use sarcasm, which they signaled with body language and verbal cues. After watching the videos, the participants answered yes and no questions about what they'd seen.

Healthy older participants did fine at distinguishing the truth from lies. But older adults with dementia affecting their frontal lobes — the seat of judgment and self-control in the brain — had a hard time telling the difference between sarcasm, lies and truth. People with frontotemporal dementia, which strikes the frontal lobes, had a particularly hard time, while those with Alzheimer's disease did somewhat better.

Using magnetic resonance imaging (MRI), the researchers found that the inability to detect sarcasm and lies matched up with the amount of damage in the parts of the frontal lobe responsible for that judgment. Sudden gullibility should be recognized as another warning sign of dementia, Rankin said.

"We have to find these people early," she said.

Rankin reported the findings Thursday (April 14) at the 63rd Annual Meeting of the American Academy of Neurology in Hawaii.