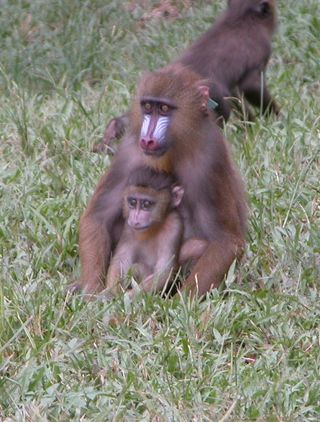 Why some animals, like humans, have bigger brains than others has long puzzled scientists. Now a new study adds weight to the idea that such brainy brawn in mammals is determined by the amount of maternal investment.

The longer the pregnancy and breast-feeding lasts, the bigger the species' average brain size and the longer they live, the researchers say.

"We were interested in the link between the mother's energy input into the offspring and the offspring's development," study researcher Robert Barton, of Durham University in the United Kingdom, told LiveScience.

Barton's team wanted to determine if longer lives of big-brained animals were due to increases in intelligence (as one argument posits), the result of their need to live longer to develop properly, or both.

"That link between brain size and life history seems to be specifically about the energy limitations of the mother and the extent to which she can channel that energy into her offspring," Barton said. Though the correlation between brain size and maternal investment is strong, it doesn't completely rule out the intelligence argument.

Other life-history theories had speculated that large brains increase life span because of the increased intelligence that comes along with it. Instead, the new study shows that the link lies between the extra cost in time and energy invested by the mother and the development of large brains increases the life span of these species.

For example, the killer whale has one of the longest pregnancies ­— at 15 months — and breast-feeds offspring for another 18 months. Their brains can reach over 300 cubic inches (5,000 cubic centimeters), or about the size of a mini-keg of beer. This extended period also leaves more time for learning and play.

"The link is all to do with the cost of growing a large brain, and not so much with the benefit of having a large brain," Barton said. "Chimps and other great apes have pretty protracted periods of development and pretty large brains. It does seem to be a trend in the history of apes, and humans have just taken it to the greatest degree."

The extreme length of pregnancy and breast-feeding in humans (nine months and three years, respectively) is required for the growth and development of our large brains, which can reach 79 cubic inches (1,300 cubic cm.) — the biggest in comparison to body size across mammals. For example, a  species of similar size, the fallow deer, is pregnant for only seven months and suckles for up to six months, and has an average brain size of 13.5 cubic in. (220 cubic cm). The extended time that human mothers invest in breast-feeding their young enables their brains to grow.

"Humans have the biggest brains for their body size. Things like dolphins and killer whales aren't that far behind, but there is a big jump between anything else and humans," Barton told LiveScience. "We take a long time to mature and that seems that's directly related to the development of the largest brain."

These results suggest that breast-feeding plays an important role in brain development in humans, and supports the importance of the World Health Organization's recommendation that new mothers nurse for at least six months and continue as long as possible for up to two years, the researchers say, though they can't say if there are brain development differences between formula-fed and breast-fed babies from their study.

The study was published March 28 in the journal Proceedings of the National Academy of Sciences.