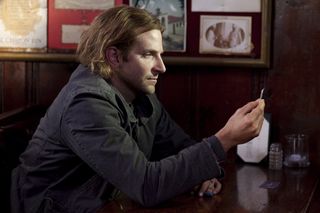 "Everything I ever read, heard, or seen was just organized and available," Eddie Mora narrates. "I knew exactly what I needed to do and how to do it."

Mora just took a new, unapproved memory-enhancing drug. Within minutes, everything around him becomes clear as the drug ramps up his brainpower and memory. He can not only access memories long thought lost, he can also make new memories quickly and easily.

In his first month on the drug, he teaches himself to play piano in three days, writes a book and learns several languages, and turns $12,000 into $2.3 million as a day trader.

Sadly for college students everywhere, this drug isn't real, yet. Eddie Mora's life on a drug called NZT is the plot of the new movie "Limitless," in theaters tomorrow (March 18). Though it's a fantasy world, some researchers say such memory-enhancing drugs might not be far off. Advances in knowledge of long-term memory and the processes that guide and shape it are leading the way to memory-enhancing therapies.

"It's really amazing; I think we are on the verge of having the essential building blocks of how memories are made in the hippocampus," Alcino Silva, a memory researcher at UCLA, told LiveScience. (The hippocampus is buried deep within the forebrain and is involved in the formation and storing of memories.)

While the movie-based drug promises to let Mora and other takers use more of their brains (that's a myth in the first place – people already use most of their brains), real-life drugs would likely focus on enhancing the creation and accessibility of memories. ['Limitless' Brain Potential? Humans Already Use Most of Their Brains]

Researchers are developing memory-improving drugs as treatments for patients suffering from dementia, such as Alzheimer's, and amnesia from stroke or traumatic brain injury. But such a drug might have different, possibly dangerous effects in non-impaired persons, who might abuse it to improve their mental abilities, like in “Limitless.”

Two recent studies have found memory-boosting molecules in the brain, research that has spurred the memory and cognition field, adding to this possibility. These molecules can enhance the formation of memory, even long after it has been created. Most other research has focused on molecules that block memory formation, so these new discoveries are the best candidates for an NZT-like drug, scientists say.

In late January, researchers led by Cristina Alberini from Mount Sinai School of Medicine in New York announced that they had discovered a naturally occurring hormone that could enhance a rat's memories both during creation and during recall. "We need to know so much more," Alberini told LiveScience. "But everything we have seen is actually very suggestive that it may work [as a cognitive enhancer]."

Then, in early March, researcher Todd Sacktor of SUNY Downstate Medical Center, and co-researcher Yadin Dudai, at New York University, announced that they had discovered how a protein called PMKzeta can be used to both enhance and erase memories, even long after they had become permanent. Since the study was done in rats, we can't be sure how this would work in humans, the researchers say, but it sounds eerily like Mora's NZT.

"What never had been done before was to be able to, after you learn something, wait days to weeks later, and then do something that would be able to enhance those previously stored memories," Sacktor told LiveScience. The molecule seems to play an important role in the maintenance and structure of memories after they have become long term.

"You can show an enhancement and impairment [in memory] by manipulating one molecule," said memory researcher Karim Nader, of McGill University in Montreal, about Sacktor's work. "It's still pretty new, and it's happening pretty fast, but the data is there."

Drugs that can enhance these memory pathways in the brain would be a miracle for patients with memory loss, like Alzheimer's disease and dementia. Drugs that block these pathways could also help treat phobias or mental illnesses like post-traumatic stress disorder (PTSD).

"If we want to manipulate memory clinically to treat Alzheimer's and post-traumatic stress disorder, it's really important to know what are the key molecules that need to be manipulated," David Glanzman, of UCLA, told LiveScience. These recently discovered molecules could fit that bill, Glanzman said. "It's clear that PKMzeta is a sort of master molecule."

If this type of cognitive enhancer follows the lead of other drugs, it may become fodder of college students everywhere. Adderall and Ritalin, drugs created to treat attention deficit disorder (ADD), have become a rampant problem in schools and workplaces, including by researchers themselves. Twenty percent of responders to a Nature survey said they have used these types of drugs for non-medical uses, including improving focus. People without the disorder who take Adderall can concentrate for hours on end without disrupting their ability to memorize the information they are taking in. [Can Drug Stimulants Help You at Work?]

There is no question that such a memory-boosting drug would be abused similarly to Adderall, but enhancing the memories of doctors and other knowledge-intense professions might be a good thing. "Medications can be used to various ends, but we are just providing the information, and it's up to society to determine what to do with it," Dudai told LiveScience.

Memory-erasing drugs, like in the movie "Eternal Sunshine of the Spotless Mind," developed to treat phobias or PTSD, could be abused as well, or be used to abuse others. For instance, date-rape drugs, like Rohypnol (aka roofies), have a main side effect of memory loss of the event. Other memory-destroying or memory-blocking drugs may be used in similar ways, researchers speculate.

Even if such a drug were safe, remembering everything has its own consequences.

"What if you take this memory drug and you went out on a date. It was an average bad date, but because of the memory drug for the next month, you keep revisiting it and how horrible it was," Glanzman told LiveScience. "Memory is a double-edged sword."

We can't be sure what it would be like to actually be on these memory-enhancing drugs, but forgetting plays an integral role in how our brains work. "Our brains are self-adjusting, rule-making machines," Silva said. "We extract and extrapolate, we derive rules from various situations."

If we remember too much, Silva notes, we risk messing with the brain's delicate balance between remembering, forgetting and filtering of our life experiences. In Mora’s case, he started becoming overly paranoid, a situation that could result from too much memory. If all memories are forever ingrained into your brain, you might end up creating stronger memories from experiences that would normally have been filtered out.

Sadly for Mora (spoiler alert!), there are other consequences of this miracle drug. He starts to lose coordination and have blackouts.  Going off the drug is worse, though, with blinding headaches and death for some on the drug. His brain is like molasses, and he loses some of the memories he had created. Researchers have no idea what the consequences of this would be in actual human brains, but it probably wouldn't be good, they say.

"If you don't need it you are likely to do more damage than you are likely to help," Silva said. "Our biological systems are the results of finely balanced mechanisms, if you muck with them it's at your own peril."