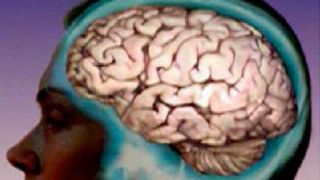 There is no high gear, no untapped potential. Humans use most of their brains.
(Image: © Dreamstime)

"They say we can only access 20 percent of our brains... well, this [drug] lets you access all of it!"

That's the promise and premise behind the new thriller "Limitless," about a writer who takes an experimental drug that allows him to use 100 percent of his brain, providing him with superhuman memory, concentration, and other fantastic abilities.

Many people believe we only use a small fraction of our brains. Some people even claim that they are able to use more of their brains than others, providing them with psychic powers. After all, as the plot of "Limitless" asks — Who knows what we could do by tapping into the other 80 or 90 percent we're not using?

Accessing all of your brain may seem like an amazing pipe dream — except that you're already doing it. There's no higher gear, no untapped potential that you don't already have access to. It's a myth. The fact is that people use all of their brains. Brain-imaging research clearly shows that the entire brain is engaged. There are no "unused" or "inaccessible" parts. It's true that some chemicals and drugs can boost the brain's ability to remember, process information, or be alert—as any coffee or energy drinker knows.

"The last century has witnessed the advent of increasingly sophisticated technologies for snooping in the brain’s traffic," according to Dr. Scott Lilienfeld in his book "50 Great Myths of Popular Psychology: Shattering Widespread Misconceptions about Human Behavior," (Wiley-Blackwell, 2010). "Despite this detailed mapping, no quiet areas awaiting new assignments have emerged. In fact, even simple tasks generally require contributions of processing areas spread throughout virtually the whole brain.”

If the myth were true it would suggest that most of the brain is unnecessary or irrelevant. When Rep. Gabrielle Giffords was shot in the head in January, she suffered severe traumatic brain damage, and she will never fully recover. If it were true that people only used a small portion of their brains, we might expect to hear her surgeon report, "Luckily, the bullet only damaged the 80 percent of her brain that she didn't use, so she will be fine."

The screenwriter for "Limitless" shouldn't feel bad; Christopher Nolan made the same mistake in his mind-bendy thriller "Inception," which included a character saying, "We all use only a fraction of our brain's potential."