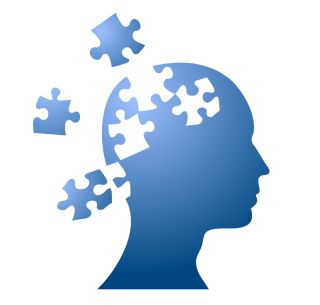 A person who is born blind may be able to recruit the unused brain regions related to vision for language-related tasks, a new study has found.

"This suggests that brain regions that didn't evolve for language can nevertheless participate in language processing," said lead researcher Marina Bedny of the Massachusetts Institute of Technology. "This kind of plasticity is very dramatic: from vision to language."

In these "early blind" people, the visual areas of the brain, called the occipital cortex, are able to take on language-processing tasks, such as understanding sentences.

There are regions of the brain that have a special structure for processing language. These regions are similar in people who speak different languages (including sign language), and many researchers believe this structure must have specifically evolved to give us the ability to process language. So they assume other parts of the brain would have a more difficult time performing those functions.

Past studies showed that individuals who have never been able to see still have activity in the brain regions that process visual stimuli. The researchers noticed that these regions responded to sounds, specifically to spoken words. What they didn't know was whether the visual cortex was actually participating in language processing or was working in other ways, like forming long-term memories.

To test this, the researchers watched the brain activity of congenitally blind people while they listened to various different spoken sounds, including sentences, jabberwocky (sentences made with non-words like florp), lists of words, and sentences played backwards. After hearing each stimulus, the participants were tested with a word, and asked if it was something they had just heard to not.

Though the backward speech and jabberwocky are more difficult to process than a sentence of normal speech, the visual cortex in these congenitally blind people reacted more to plain-English sentences, meaning it was processing things it understood as language. "This is not a generalized difficulty effect," Bedny said. "It's really sensitive to high-level linguistic structure."

It's possible that this additional language processing area gives these early blind people additional language abilities, though the everyday effect might be small, Bedny said."You don't see such a profound effect that it comes out in every day behavior, but if you push it you might see it," she said.

The researchers aren't sure how the brain adapts these visual regions to language processing, but there may be changes to the types of brain cells and composition of different types in that region, or changes to the architecture, or how the neurons are connected, that make the area better suited for language.

The study is a "very nice contribution" to the field, said Krish Sathian of Emory University, who wasn't involved in the research.

"Linguistic tasks do indeed recruit visual cortical activity in the early blind (but not the sighted), independent of task difficulty," Sathian told LiveScience in an e-mail.

"Our prediction is that a blind individual would be more resilient to brain damage to classic language regions," Bedny said.