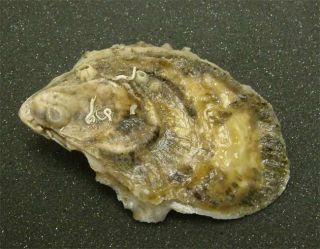 The combination of high temperatures and water pollution could be lethal to oysters.
(Image: © Inna Sokolova, University of North Carolina at Charlotte)

Scientists found that when they exposed oysters to high temperatures and to cadmium, half of the oysters died within 20 days. Oysters exposed to cadmium at lower temperatures showed a much lower mortality rate, suggesting the combination of the conditions is more stressful than either temperature or the metal alone.

The results suggest as temperatures rise due to global warming, and coastal pollution increases, the outlook for oyster survival is grim, the scientists said here this week at a meeting of the American Physiological Society.

The researchers acclimated oysters to one of three water temperatures, all within the range of their natural environment: 68 degrees Fahrenheit; 75 degrees, and 82. For each group, the researchers exposed half of the oysters to cadmium.

Oysters can’t regulate their body temperature like mammals, so as the ocean temperature increases the shelled sea creatures heat up. As expected, the oysters in warmer water ramped up their respiratory and heart rates, similar to what happens when a person exercises.

All three groups exposed to cadmium required more oxygen than those not exposed to the metal. But the cadmium-exposed oysters in the 82-degree water were unable to get sufficient oxygen, but not for lack of trying. These oysters spent more time with their shells in an open position than any of the other oysters, a measure of time spent “breathing.” When oysters open their shells, they are taking in oxygen from the water; when they close them, oxygen flow is cut off.

“They were gasping,” said lead researcher Gisela Lannig of the Alfred Wegener Institute for Polar & Marine Research in Bremerhaven, Germany.

The researchers also found mitochondria damage in the oysters that were exposed to a combination of cadmium and the warmest water. Mitochondria are a cell's power plant, producing energy needed for ventilation and circulation.

So the increased need for oxygen coupled with cell damage led to the gasping oysters, the scientists conclude.