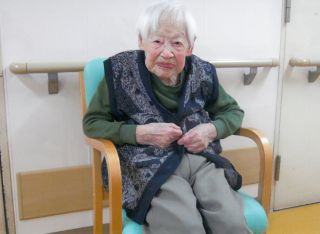 For John Harris, saving a life and delaying its end is one and the same. Using this logic, Harris, a bioethicist at the University of Manchester, England, figures that scientists have a moral duty to extend the human life span as far as it will go, even if it means creating beings that live forever.

But the loss of a child and the passing of an elderly person are not the same thing at all, says Daniel Callahan, a bioethicist at the Hastings Center in New York. The first is premature, while the latter comes, hopefully, at the end of a well-lived life.

"The death of an elderly person is sad, because we lose them and they lose us, but it's not tragic," Callahan said. "One can't say this is a deranged universe to live in because people die of old age."

This is just one of several ethical and moral arguments that have cropped up in recent years as labs around the world aim at the dream of immortality, or at least to extend lives well beyond the century mark. Among other debates:

The life expectancy for the average American is 77.6 years. Extending life spans will be an incremental process, most experts say. But there is great promise.

A 1990 study by University of Chicago biodemographer Jay Olshansky and colleagues calculated that even if the risk of death from cancer in the United States were reduced to zero, average life expectancy would increase by only 2.7 years. If the risks from heart disease, stroke and diabetes were also eliminated, life expectancy would increase by another 14 years, the researchers found.

In contrast, repeated experiments have shown rodents fed 40 percent fewer calories live about 40 percent longer. For reasons that are unclear, this "caloric restriction" regimen also postpones the onset of many degenerative diseases normally associated with aging.

If these effects can be replicated in humans, the average person could live to be 112 years old and our maximum life span could be extended to 140 years, says Richard Miller, a pathologist who does aging research at the University of Michigan.

Furthermore, if rodent experiments are any guide, the future's elderly will be fitter, Miller said, with the average 90-year-old resembling today’s 50-year-olds in mind and body.

For these reasons, Miller believes aging research could have a far greater impact on improving public health than trying to cure diseases individually.

“If you’re really interested in increasing healthy lifespan, aging research is more likely to get you there in a quick and cost-efficient way than trying to conquer one disease at a time," Miller told Live Science.

If extending life also prolongs health, as animal studies suggest, then the argument for anti-aging research being a moral imperative is strengthened, says Harris, the University of Manchester bioethicist.

"It is one thing to ask, 'Should we make people immortal?' and answer in the negative. It is quite another to ask whether we should make people immune to heart disease  , cancer, dementia, and many other diseases and decide that we should not,” Harris contends.

But even if humanity decides to green-light anti-aging research on moral grounds, other thorny ethical issues remain, ethicists say. Uppermost among these is the problem of social injustice.

Most scientists and ethicists agree that life-extension technology will likely be very expensive when first developed, so only a small number of wealthy individuals will be able to afford it. Existing social disparities between rich and poor could become even more pronounced.

The fortunate few who could afford the therapy would not only have significantly longer lives, but more opportunities to amass wealth or political power and to gain control of economic or even cultural institutions, critics say.

Harris points out, however, that the modern world is already rife with similar injustices. The average life expectancy of people in the United States, for example, is about 78 years, but only 34 years in Botswana, which has one of the highest rates of HIV infection in Africa. In Ethiopia, where HIV infection is much less prevalent, life expectancy is 49 years.

Developed nations also have access to medicines and life-saving procedures, such as organ transplants, that are beyond the reach of poor nations. Yet Americans don’t typically consider themselves wicked because they have access to things like kidney transplants while people in other countries don’t.

Similarly, Harris says, the fact that only the rich would have access to life extension technology is not a good enough reason to ban it. For one thing, denying life-treatments to one group of people will not save another. Secondly, new technologies often start off expensive but become cheaper and more widely available with time.

"Injustice may be justifiable in the short term because that is the only way to move to a position where greater justice can be done," Harris told LiveScience. "That’s true of all technologies.”

Another thing to consider is the effect longer lifetimes will have on some of our cherished values, ethicists say. For example, in the United States, the right to life is considered something that every person is entitled to, and both suicide and euthanasia are considered culturally and socially unacceptable.

But in a world where human lives are measured not in decades, but in centuries, or millennia, these values might need to be re-examined. One reason: Immortality will not mean invincibility. Diseases and wars will still kill, strokes will still maim and depression will still be around to blunt the joys of living.

The question of when, if ever, is it okay for someone to end their own life or to have someone else end it for them is already a topic of fierce debate. An answer will become even more essential if by telling someone they must live, we condemn them to not just years, but decades or centuries of torment.

Also, Earth can support only so many people . If everyone lived longer, generations would have to be born farther apart to avoid overcrowding.

To ensure ample generational turnover, Harris says, society might need to resort to some kind of "generational cleansing, which would be difficult to justify.” This would involve people collectively deciding what length is reasonable for a generation to live and then ensuring individuals died once they reached the end of their term.

“We've grown up with a certain set of expectations about life and death, and if those expectations change, a lot of other things will have to change as well,” Harris said.