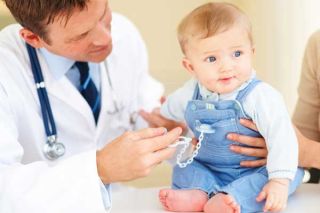 The infant mortality rate in the United States declined again in recent years after reaching a plateau in the early part of this century, according to a new government report.

The infant mortality declined significantly throughout the 20th century, but then plateaued between 2000 and 2005, according to the report.

No states saw an increase in the infant mortality rate over the study period.

Data gathered to date on infant mortality in 2012 suggest that the downward trend continued, the report said.

Pass it on: The infant mortality rate in the United States has declined again in recent years.