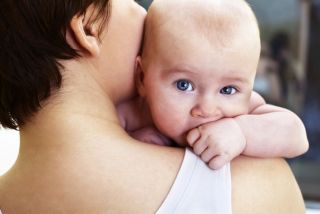 Babies in the United States have a higher risk of dying during their first month of life than do babies born in 40 other countries, according to a new report.

Some of the countries that outrank the United States in terms of newborn death risk are South Korea, Cuba, Malaysia, Lithuania, Poland and Israel, according to the study.

Researchers at the World Health Organization estimated the number of newborn deaths and newborn mortality rates of more than 200 countries over the last 20 years.

The results show that, while newborn mortality rates have decreased globally over that period, progress to lower these rates has been slow, the researchers said.

In 2009, an estimated 3.3 million babies died during their first four weeks of life, compared with 4.6 million in 1990, the report found. About 41 percent of all deaths of children under 5 occur in the first month (the neonatal period). Progress to reduce newborn deaths has been particularly slow in countries in Africa, the researchers said.

Newborn deaths could be reduced by as much as a third with simple preventive measures. And measures taken within hospitals, including providing antibiotics and implementing resuscitation techniques, could reduce deaths by two-thirds, the researchers said.

"We know that solutions as simple as keeping newborns warm, clean and properly breast-fed can keep them alive," said study researcher Joy Lawn of the Save the Children Foundation, which worked with the WHO on the report. "It isn't that you have to build invasive care units to halve your neonatal mortality."

More health care workers, including midwives, are needed to teach and implement these lifesaving practices, she said.

Statistics on exactly how many babies are dying globally during their first month are lacking. Currently, the United Nations collects annual data on deaths of children under age 5 and children under 1 year old, but not specifically on neonatal deaths.

In the new study, Lawn and colleagues estimated national neonatal mortality rates from 1990 to 2009. For 38 countries, they made these estimates using information in databases that track births and deaths. But for 155 countries, they had to rely on information from household surveys, and create a statistical model to make their estimates.

Preterm delivery, asphyxia (lack of oxygen) and severe infections are the three leading causes of newborn death. These are largely preventable with the right care, the researchers said.

In the United States, the drop over the last 20 years was less than the average drop — 26 percent. And the United States dropped from No. 28 to  No. 41 in the rankings of newborn death risk. It is now tied with Qatar, Croatia and United Arab Emirates.

One of the bigger challenges in the U.S. is complications from preterm birth, Lawn said. The U.S. rate of preterm birth is double that of countries in Europe and Northern Africa, she said. Babies who are born preterm need extra care that is often expensive. While there are few things that can reduce preterm birth, she noted that disadvantaged people in the United States may be less likely to receive proper care for preterm infants.

Still, the toll of neonatal deaths is much worse in other countries. In Afghanistan, one in 19 babies dies in the first month of life (53 per 1,000 births). Five countries account for more than half of the world's newborn deaths: India, Nigeria, Pakistan, China and Democratic Republic of Congo. India has the most newborn deaths, with 900,000 per year, the researchers said.

If progress is not made to reduce the number of newborn deaths, the portion of child deaths that occur in the neonatal period is likely to increase in the future, the researchers said.

"It is essential that national governments, international agencies, and civil society increase attention to systematically preventing and tracking neonatal deaths," the researchers wrote.

The study is published today (Aug. 30) in the journal PLoS Medicine.

Pass it on: Newborn death rates have decreased globally, but more needs to be done to lower these rates, experts say.