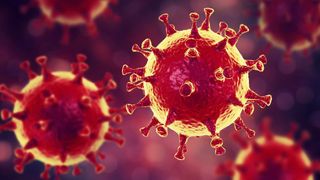 Officials may have found the cause of the mysterious outbreak of pneumonia that has sickened dozens of people in China, according to news reports.

Initial test results point to a new type of coronavirus as the cause of the outbreak, according to the World Health Organization (WHO).

New coronaviruses pop up from time to time in different parts of the world. For example, SARS emerged in China in 2002, and MERS appeared in Saudi Arabia for the first time in 2012, according to WHO.

Doctors discovered the newly identified coronavirus, which has not yet been named, by testing blood samples and throat swabs from 15 people in the outbreak, according to the BBC.

So far, the outbreak, which was first reported in late December, has sickened 59 people in the Chinese city of Wuhan, the BBC reported. Ill individuals have experienced symptoms such as fever, body aches, breathing difficulties and lung injury, Live Science previously reported.

Questions remain about the source of the virus and how it is transmitted, according to the WHO. So far, there's no evidence that the virus passes from person to person. Several people who fell ill were dealers or vendors at a food market in Wuhan, which was closed on Jan. 1 for disinfection, the WHO said.