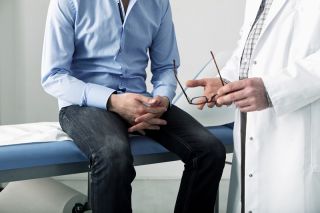 The world's first injectable male birth control may may finally be on its way to approval in India, according to news reports.

This week, researchers in India announced that they had completed clinical trials of the injectable male birth control known as RISUG, which stands for reversible inhibition of sperm under guidance, according to the Hindustan Times. The product is injected near the testicles and lasts up to 13 years, the researchers said. It has now been submitted to the Drug Controller General of India, the government department responsible for approving drugs in the country.

"The product is ready, with only regulatory approvals pending," Dr. R.S. Sharma, senior scientist at the Indian Council of Medical Research, which conducted the studies, told Hindustan Times. The lengthy trials involved more than 300 men and showed that the product had more than a 97% success rate at preventing pregnancy.

RISUG involves injecting a polymer into the vas deferens, the tubes that carry sperm from the testicles, thus blocking the sperm from leaving the tubes. (The injection is given under local anaesthesia, the Hindustan Times reported.) RISUG is reversible with another shot that breaks down the gel, according to Bloomberg.

In contrast, a vasectomy involves cutting, tying or cauterizing the vas deferens, and reversing the procedure requires a complicated surgery that is not always effective, according to the Mayo Clinic.

Researchers are initially seeking approval for RISUG as a permanent form of birth control, like a vasectomy, but plan to provide more data supporting its reversibility, Bloomberg reported.

Indian officials anticipate it will take six or seven months to get the approvals necessary to manufacture RISUG, the Hindustan Times reported.

In the United States, a similar drug, called Vasalgel, is under development. In 2017, U.S. researchers published a study showing that Vasalgel could effectively prevent pregnancy in monkeys, but the drug still needs to be tested in humans, Live Science reported.