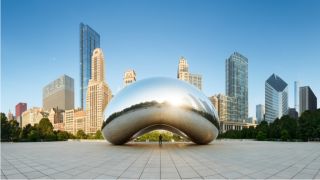 As of March 27, Illinois is reporting 3,026 confirmed cases of COVID-19 and 34 deaths associated with the virus, according to the Illinois Department of Public Health (IDPH). So far, 21,542 people have been tested for COVID-19 at IDPH, commercial or hospital laboratories within the state, according to the department's electronic records.

Gov. J.B. Pritzker issued a “stay-at-home” order for Illinois on March 20, prohibiting gatherings of more than 10 people and barring residents from socializing in-person with anyone outside their household, according to the Chicago Tribune. The measure will remain in place until at least April 7. Playgrounds and state parks have been closed, although individual communities will be allowed to decide which green spaces remain open. People may go outside as long as they maintain a distance of six feet between themselves.

All bars and restaurants in Illinois were closed to the public following close of business on March 16 and will remain closed until March 30, according to the Chicago Tribune. The venues will remain open for delivery, drive-through and curbside pick-up orders, Pritzker said. After some 3,000 people got stuck in the overcrowded O’Hare International Airport on March 14, Pritzker announced that the U.S. Customs and Border Protection staff will be doubled to help alleviate the problem and allow for adequate social distancing.

A Chicago resident contracted the first confirmed case of COVID-19 in Illinois. The Chicago case was announced Jan. 24, and the first cases outside of Chicago and Cook County were reported March 11, in Kane and McHenry counties. Governor Pritzker issued a disaster proclamation on March 9, which provides the state access to federal and state resources to mitigate the spread of COVID-19.

A map on the IDPH website displays the current number of confirmed cases by county.