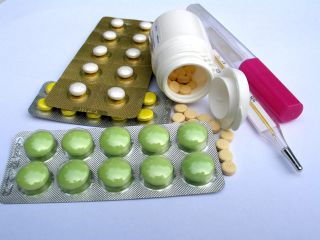 You've heard of the placebo effect, in which someone taking a dummy pill feels better. The effect is reaffirmed by new research that reviewed 21 studies involving more than 46,000 participants altogether.

But the conclusion is not just that the power of positive thinking is at work, as other studies have shown.

Rather, taking medicine regularly and properly may indicate a person's overall tactical approach to health.

Half the risk of death

People who take their medicine regularly, even if it's a placebo, have a lower risk of death than those who don't, researchers report in this week's issue of the British Medical Journal. In fact, the risk of mortality was about half that of participants with poor adherence.

The researchers, led by Scot Simpson of the University of Alberta, point out that one of the biggest challenges to physicians has long been getting people to take their medicine.

The bottom line, according to a commentary on the findings by U.S. researcher Betty Chewning University of Wisconsin-Madison, Madison:

Healing may lie not in the treatment but rather in patients’ emotional and cognitive processes of “feeling cared for” and “caring for oneself.” Basing treatments on these ideas “could yield extra value in treatment regimens that patients agree to, believe in, and will sustain over time," Chewning writes.