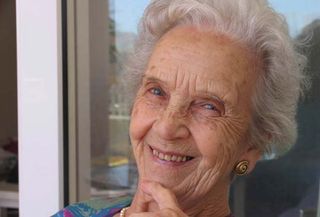 Brain exercises may keep cognitive decline at bay longer, but once dementia hits it mysteriously seems to progress faster than if it hadn't been postponed, according to an ongoing study that began in 1993.

"Our results suggest that the benefit of delaying the initial signs of cognitive decline may come at the cost of more rapid dementia progression later on, but the question is: Why does this happen?" said study researcher Robert S. Wilson, of the Rush University Medical Center in Chicago.

Mentally stimulating activities, such as crossword puzzles and reading, seem to keep the brain functioning relatively normally for a while despite the buildup of the plaques and tangles in the brain that are linked with dementia. However, there seems to be a threshold, after which a person's brainy lifestyle can't hold off the outward signs of dementia, the researchers say.

How often do you read?

For their study, Wilson and his colleagues enlisted 1,157 people, all at least 65 years old and with no signs of dementia, and then evaluated their mental activities over the years.

At the study's start, participants indicated on a 5-point scale how often they participated in seven  activities: viewing television, listening to radio; reading newspapers; reading magazines; reading books; playing games like cards or doing puzzles; and going to museums. (A rating of 5 meant a person did some of these activities about every day; 3 meant several times a month; 1 meant once a year or less.)

About every three years, clinical evaluations were used to determine signs of dementia, mild cognitive impairment and Alzheimer's disease. (Dementia is a decline in mental capabilities, especially memory, which is primarily caused by Alzheimer's disease but also can be the result of Parkinson's disease, stroke, or infections in the brain.)

During the first six years of the study, the researchers determined the number of individuals who had developed mild cognitive impairment, Alzheimer's, or no cognitive impairment. Then, they followed them for another six years and found that the rate of inevitable decline in those people still without cognitive impairment was reduced by 52 percent each subsequent year for each point they scored on the cognitive activity scale.

But, perhaps surprisingly, for people who had developed Alzheimer's disease at the first six-year point (which accounted for about 90 percent of the dementia diagnoses), the average rate of decline per year actually increased by 42 percent for each point they scored on the cognitive activity scale.

"Actually, the person with a cognitively active lifestyle has more severe disease than it appears when dementia is first diagnosed, and they decline more rapidly thereafter," Wilson said.

"There's been a long debate as to why people with a cognitively active lifestyle are less likely to experience cognitive decline," Wilson told LiveScience. One idea is that keeping the brain active protects against the decline, while another school of thought proposes that people who are less cognitively active are really showing early signs of the disease (and so decreasing cognitive activity is just a consequence of cognitive decline). In fact, past research has suggested people who have healthier brains are more likely to read and practice other mind-enhancing activities.

The longitudinal study — meaning one in which participants are followed over time — is part of the Chicago Health and Aging Project, focusing on risk factors for Alzheimer's disease in four Chicago neighborhoods.

The latest findings suggest the protective effect may be at work. Essentially, the plaques and tangles are still forming on the brain, but people who stay cognitively active don't show signs of those brain plaques until later.

The researchers aren't sure what's going on in the brain to keep decline at bay for cognitively active people. But past brain-imaging studies offer clues.

One study over a three-year period of German medical students cramming for a sort of final exams found that their brains' hippocampus and neocortex had grown, Wilson said. Another study, focusing on jugglers, revealed corresponding changes in the parts of the brain devoted to juggling.

The size increase in various brain regions means that some people will have an extra buffer for the cognitive decline that inevitably comes with age. Or as Wilson puts it, the beefed-up brain regions give you "a little more mileage out of what you have."

It's not too late for those who are creeping into old age to ward off the onset of mental deterioration, Wilson said. [Play brain-training games.]

Wilson wouldn't recommend just mindless crossword puzzling; clues from neuro-imaging studies suggest the activities that make a difference in brain-boosting are the ones practiced regularly and intensively.

"They need to be challenging activities and also intriguing or fun to the individual," Wilson said. He added:  "Any activity that involves reading is a good place to start."