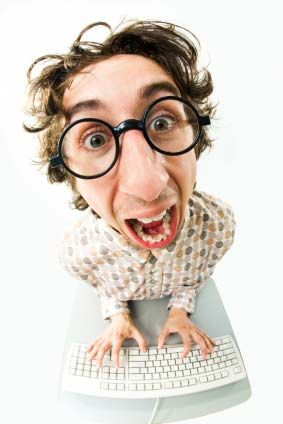 Cavemen just didn't have our problems. And when they did feel stressed, they could just toss a boulder or something. Image
(Image: © stockxpert)

Last month, researchers found that schizophrenics were more likely to have been subjected to influenza in the womb than healthy individuals. Other common experiences can also drive away our wits, long after we are out of diapers.

In fact, the typical American lifestyle teems with risk factors for mental illness, says Stephen Ilardi, a psychologist at the University of Kansas and author of "The Depression Cure: The 6-Step Program to Beat Depression without Drugs" (DeCapo Press, 2009). But we can protect ourselves by adopting the habits of our distant ancestors, he said.

"In modern life, our environment is continually activating the brain's stress response," Ilardi said, bombarded as we are by email, tragic news and interpersonal demands. Certain circuits in the brain react to stress as if it is an infection, triggering social withdrawal, inflammation and potentially leading to brain damage in areas such as the hippocampus, the frontal cortex and the basal ganglia, Ilardi said.

In many mental disorders, "inflammation is a big culprit," Ilardi said.

In short bouts, inflammation is the body's way of protecting itself. But if prolonged, it can take a tremendous toll. Like heart disease and insulin resistance, mental illnesses such as schizophrenia, depression, autism, anxiety and bipolar disorder have all been linked to inflammation. And the prevalence of many of these illnesses has increased in lockstep with modernization, Ilardi said.

The relative sanity of our distant ancestors should not imply they led stress-free lives. Hunting dangerous game does not exactly instill Zen-like breaths. But "our remote ancestors had many factors woven into the fabric of their lives that turned off the brain's stress response," — habits that in most developed countries have fallen out of fashion, Ilardi said.

For example, if met with an impediment on a path to some succulent boar, hunter-gatherers may have vented their frustration by, say, heaving a boulder out of the way. Physical exertion holds up a potent stop sign to the stress-inflammation circuitry, Ilardi said. But today, an urban dweller stuck in traffic can do little but stew.

Many mental illnesses are recognized as a problem with brain chemistry, and therefore treated chemically with medication. But behavior also alters brain chemistry. Several primitive habits, researchers have found, may check the stress response and prevent it from making our brains sick. A program developed by Ilardi and colleagues — that helps individuals adopt the habits of cool, collected cavemen — is proving more effective in treating mental illnesses than conventional medication.

For primal protection from modern insanity, try to:

The ideal balance between Omega 6 and Omega 3 fats is one-to-one. In the typical American diet, the ratio is closer to 16-to-one, largely due to the modern tendency of feeding livestock grains instead of grass. Compounds derived from Omega 6 fats encourage inflammation, cross the blood-brain barrier and can trigger depressive responses, Ilardi said. Omega 3 fats, found in salmon, walnuts and flaxseeds, are anti-inflammatory and can help break the stress-inflammation cycle.

A century ago, Americans were averaging nine hours of sleep every night. These days, according to the National Sleep Foundation, many people get less than seven, a trend that has been linked to an overall decline in mental health. Strive to get 8 to10 hours of sleep each night to help your brain and body fully recuperate.

While our distant ancestors likely enjoyed being the best at something, say the best gooseberry spotter among their community of 50 to 100 individuals, in "today's global village of 6.5 billion people, nobody is the best at anything," Ilardi said. Finding a niche in a subset community may dissuade this inevitable ego knocker as well as provide other mental health goodies, such as halting rumination.

Focusing on a problem or discomfort can be adaptive; it helps us find solutions. But when we become fixated, the repetitive stress can erode our ability to rebound. Rumination, Ilardi says, is particularly common when we're alone, a state familiar to many inhabitants of developed countries. In contrast, our ancient ancestors rarely went solo. Having company or partaking in engaging activities can stop ruminative thoughts in their tracks.

We evolved as recreational athletes. Our ancestors not only spent much of the day engaged in moderate aerobic activity but also undertook regular weight-bearing chores, such as digging ditches and building huts. Studies have shown, just 90 minutes of exercise a week can be as effective as psych-medicines such as Zoloft.

Everyone knows sunlight feels good. But it may also stave off illness. Sunlight — in modest quantities — triggers the production of an endogenous form of Vitamin D that, like Omega 3 fats, is anti-inflammatory and can help deter a runaway stress response.

While research on the relationship between religion and mental health is inconclusive, individuals who have a global framework — a way of understanding the world, whether it be religious, philosophical or scientific — may have an increased ability to withstand blows to their mental health, Ilardi said.