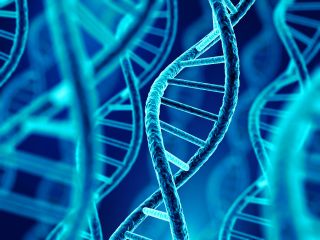 A Native American man in Montana has what may be the oldest DNA native to the Americas, according to news reports.

After getting his DNA tested, Darrell "Dusty" Crawford learned that his ancestors were already in the Americas about 17,000 years ago, according to the Great Falls Tribune, a Montana newspaper.

The company Cellular Research Institute (CRI) Genetics traced Crawford's ancestry back 55 generations with 99% accuracy, a rare feat given how convoluted family trees can be. [10 Things We Learned About the First Americans in 2018]

The test also revealed the origins of his Blackfeet ancestors. According to his DNA, Crawford's ancestors are from the Pacific Islands. Then, they journeyed to the South American coast and traveled north, according to a preliminary analysis.

Moreover, CRI Genetics looked at Crawford's mitochondrial DNA (mtDNA), genetic material that is passed down through mothers. An analysis showed that Crawford is part of the mtDNA haplotype B2 group, which originated in Arizona about 17,000 years ago, the Great Falls Tribune reported.

This group is one of the four major Native American groups in North America. These groups are traced back to four female ancestors: Ai, Ina, Chie and Sachi. Crawford appears to be a descendant of Ina.

"Today, this Native American line is found only in the Americas, with a strong frequency peak on the eastern coast of North America," CRI Genetics reported.

In all, 83% of Crawford's DNA matches up with Native Americans. The rest of it showed his diverse heritage; about 10% European, about 5% East Asian, 2% South Asian and less than 1% African.