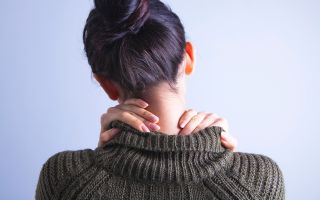 A young paramedic in the United Kingdom recently cracked her neck while stretching and ended up partially paralyzed.

On the night of March 4, 23-year-old Natalie Kunicki was watching a movie in bed with a friend after a night out drinking; she stretched her neck and heard a loud cracking sound, but was unconcerned because her joints often cracked, British news site Unilad reported.

However, when Kunicki tried to walk to the bathroom about 15 minutes later, she couldn't move her left leg. She was rushed to University College London Hospital early on March 5, where doctors discovered that the neck crack had ruptured a vertebral artery — one of the major arteries in the neck. This created a blood clot that triggered a stroke, causing paralysis on her left side, according to Unilad. [Strange Stroke Stories: Ebola, Hickeys and Other Weird Causes]

When a person cracks their neck, back or fingers, the sound is caused by the "popping" of nitrogen bubbles inside capsules that protect the joints, or by ligaments as they stretch and snap back into place, according to Johns Hopkins Medicine (JHM). In most cases this is harmless, but if joint popping is followed by pain or swelling, it could indicate an injury and may require medical attention, JHM said.

In general, neck cracking and aggressive manipulation of the neck vertebrae should be avoided, because they can cause ruptures in the walls of critical blood vessels that supply blood to the brain, Dr. Robert Glatter, an emergency physician at Lenox Hill Hospital in New York City, told Live Science in an email.

"A tear in the wall of the blood vessel can lead to a stroke if a blood clot forms at the site of the injury, and later breaks free to block blood flow to the brain," Glatter said. Strokes can cause weakness and loss of sensation in the extremities and may even lead to paralysis in extreme cases, he added.

In Kunicki's case, she wasn't even trying to crack her neck: "I just moved, and it happened," she told Unilad.

Kunicki's surgeons were able to repair her damaged artery, though they were unable to remove the blood clot, according to news reports. While the blood clot is expected to dissolve over time without causing further damage, Kunicki's paralysis persisted in the weeks after the surgery, The Sun reported. After a month of physical therapy, Kunicki has regained some movement in her limbs and digits, though she still faces months of rehabilitation, according to The Sun.

"There is really no 'safe' way to crack your neck," Glatter said. "Simply put, it's best to avoid doing it in the first place, to avoid any potential complications."