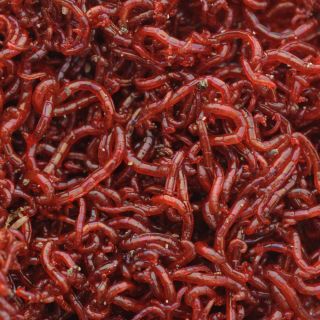 Residents of Colcord, Okla. (population 815) were shocked to discover tiny red worms in their drinking water this week. The city has asked people to not use their tap water for drinking or food preparation, and several organizations are distributing bottled water for drinking purposes.

"We are still looking into this problem," city councilman Terry Wood told The Associated Press. "I mean, we need to get to the bottom of it and we will continue to investigate and do pretty much what we need to do to find out what happened here."

The worms have been identified as bloodworms, the small larvae of the midge fly (Chironomidae). Sometimes used as fishing bait or to feed aquarium fish, the larvae of some of these insects contain hemoglobin, which helps them get oxygen from water and gives them their characteristic reddish hue.

Though the worms themselves are harmless if swallowed, a large infestation of bloodworms may be indicative of other water quality issues — because of their hemoglobin content, bloodworms can thrive in polluted water with low oxygen levels.

The worms aren't common in the water supplies of Oklahoma, but show up occasionally in the southeastern United States, according to a spokeswoman for the Oklahoma Department of Environmental Quality.

How the bloodworms wriggled their way into Colcord's filtered water supply remains a mystery to local officials. "It's not just a little … filter, it's 6-foot [1.8 meters] of coal and sand mixed together that not even a hair can get through," said water commissioner Cody Gibby, as quoted by CNN. "And these worms are getting through it and getting into our distribution water."

Colcord officials aren't taking any chances, and have cleaned, drained and recleaned the town's water tower, where no worms were found yesterday (Aug. 28). Though the worms aren't a health hazard, Gibby summed up their effect on the town in one word: "Disgusting."