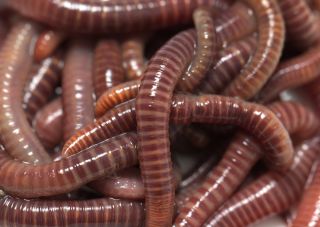 You may have been told as a child that an earthworm will regenerate into two new worms if it's cut in half crosswise. But if you've ever experimented with the tube-like animals, you've probably been disappointed.

Though it may not seem like it, earthworms have a distinctive head and tail. The head of a worm is always located on the end closest to the swollen band, called the clitellum, that encircles the animal.

If an earthworm is split in two, it will not become two new worms. The head of the worm may survive and regenerate its tail if the animal is cut behind the clitellum. But the original tail of the worm will not be able to grow a new head (or the rest of its vital organs), and will instead die.

However, there is a type of "worm" that puts the earthworm's regenerative ability to shame: the planarian flatworm. This tiny invertebrate, which belongs to a separate phylum from earthworms, is able to reform its entire body from slivers just 1/300th of the animal's original body size.

And when a planarian regrows its head after decapitation, the creature remarkably keeps all of its old memories, according to research published in the July 2013 issue of the Journal of Experimental Biology.