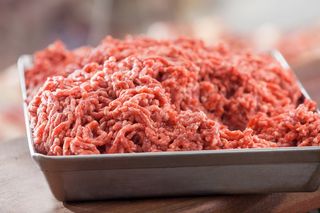 The mystery behind what's causing the Escherichia coli outbreak that's sickened more than 100 Americans in the past month may finally be solved: Officials have linked the outbreak to ground beef.

In a statement released today (April 12), the Centers for Disease Control and Prevention (CDC) said that, based on interviews with the sick people, preliminary evidence suggests that ground beef is the source of the outbreak. Those who became ill reported eating ground beef at home or in restaurants.

So far, the outbreak has sickened 109 people in six states. Of these, 17 people have been hospitalized, but no deaths have been reported.

The outbreak investigation began on March 28, and illnesses have been reported as far back as March 2. Already, this is the third-largest multistate E. coli outbreak reported in 20 years, the CDC said.

All of the sick people were infected with a strain of bacteria known as E. coli O103. This strain can be particularly harmful because it produces a toxin called Shiga toxin, which destroys red blood cells and can lead to a serious condition called hemolytic uremic syndrome.

So far, officials have not identified a common supplier, distributor or brand of ground beef tied to the outbreak, and the investigation is ongoing, the CDC said.

Right now, the CDC isn't recommending that people avoid eating ground beef. But, as always, people should be careful when they handle raw beef and make sure to cook it properly — to an internal temperature of 160 degrees Fahrenheit (71 degrees Celsius).

Symptoms of Shiga toxin-producing E. coli infection usually start about three to four days after being exposed to the germ and include diarrhea, severe stomach cramps and vomiting. Most people recover from the illness within a week, but in some cases, the illness can be more severe, the CDC said.