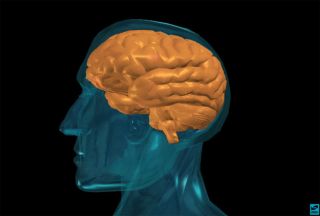 Among 733 middle-aged participants, more fat around the abdomen was associated with less total brain volume.

The results agree with a growing body of research linking obesity to a higher risk for dementia. However, the current findings suggest belly fat, rather than overall fat level, might be the more specific culprit behind this link.

"From a public health point of view, I think the immediate message is, if you aren't as concerned about reducing belly fat for concerns of heart attack and stroke, do consider that it might also increase your risk of dementia," said study author Dr. Sudha Seshadri, of Boston University School of Medicine.

Further research will be needed to confirm the findings, and investigate exactly how this fat increases dementia risk,  the researchers say.

Participants included men and women, with an average age of 60, who were part of an ongoing study, called the Framingham Heart Study Offspring Cohort, which began back in 1971.

Subjects had a magnetic resonance imaging (MRI) brain scan, to measure their brain size, as well as a computed tomography (CT) scan of their abdomen to gauge fat levels. Unlike simply measuring the waist circumference, a CT scan can distinguish between belly fat, also called visceral fat, and fat underneath the skin, known as subcutaneous fat, Seshadri said.

Seshadri  and her colleagues also looked at other measures of obesity, including body mass index, or BMI (a ratio of a person's height to weight that is considered an indicator of body fatness), the waist-to-hip ratio, and waist circumference.

The strongest link was seen between abdominal fat and brain size: More tummy fat meant less brain volume. This result held regardless of BMI, suggesting that abdominal fat might be a better indicator for dementia risk than BMI, and might contribute more to this link than fat in other parts of the body.

The findings could help researchers better understand the relationship between obesity and dementia.

Dementia is a general symptom of cognitive decline, and can have a number of causes. In the case of Alzheimer's disease, brain cells are destroyed, which is possibly caused by the accumulation of so-called plaques in neurons.

None of the study participants had dementia, but previous studies have found that people with smaller brain volumes are at higher risk for dementia and do poorer on cognitive tests, Seshadri said.

It's possible that the extra fat triggers inflammation in our bodies, an immune response that puts stress on the body. Chronic inflammation has been linked to heart disease, and it's possible it affects the brain in some way as well, the researchers speculate.

Also abdominal fat releases its own unique profile of hormones that might have different influences on the body than hormones produce by other types of fat. For instance, so called subcutaneous fat, tends to produce higher levels of the hormone leptin, which decreases appetite, and which studies suggest actually provides a protective affect on the brain. Abdominal fat releases less of this hormone.

The results were published online May 20 in the journal Annals of Neurology.