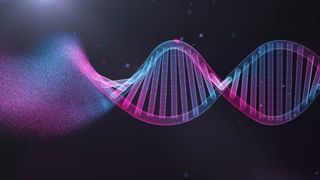 People without a certain gene may recover better from strokes and other traumatic brain injuries than people with the gene, a new study suggests.

The gene — called CCR5 — is the same gene at the center of the recent CRISPR babies controversy, in which a Chinese scientist edited the gene out of two embryos to make babies who were resistant to HIV.

In the new study, published Feb. 21 in the journal Cell, researchers found that when they gave Maraviroc to mice to block their CCR5 receptors, the mice had increased control of their gait and their limbs. Even though the mice didn't experience stroke, the findings could shed light on the disease because people who've had a stroke may experience difficulty moving and controlling parts of their body.

But just because something has an effect in animals doesn't mean it will have the exact same effect in humans. So, to see how the CCR5 gene might play a role in humans and stroke recovery, the researchers collaborated with Israeli scientists at Tel Aviv University who were already tracking the recoveries of nearly 450 patients who had experienced a mild or moderate stroke.

Many of these patients didn't have the CCR5 gene, said senior author Dr. Thomas Carmichael, a professor and chair of neurology at the University of California, Los Angeles. (The gene is often absent in Ashkenazi Jews, and many of the patients in the study were Ashkenazi, Carmichael added.)

As suspected, the researchers found that patients who lacked the gene seemed to be recovering from strokes better, both physically — in terms of controlling their movement — and mentally, with improvements in memory, verbal function and attention, compared with patients with the gene.

Carmichael said that one possible explanation for the findings is that a lack of the CCR5 gene prevents the loss of brain cell connections located close to the site of the stroke, and also stimulates new connections in more distant areas of the brain. Conversely, the brains of patients that have the gene may have a reduced ability to change and reorganize.

Dr. Heidi Schambra, the director of neuro-epidemiology at NYU Langone Health who was not a part of the study, said that "the results suggest a novel approach for promoting recovery after stroke and [traumatic brain injury]." But for Maraviroc to be used as a treatment for recovering stroke patients, it has to first go through a clinical trial that directly tests how well it works for this particular purpose, she told Live Science.

Indeed, the researchers are now starting a stage 2 clinical trial to answer this question.

And though an absence of CCR5 may seem like a good thing, the gene could confer some benefits, Carmichael said. Past research, for example, has suggested that it plays an important role in stopping the formation of memories.

Memories form when groups of brain cells link up following a stimulus. To stop memory formation, CCR5 tells that group of cells not to link up with a certain stimulus. If you walk into your kitchen and crack an egg in a frying pan, "you want to remember that you've done that," Carmichael said. But you don't want that memory to also link up with the loud noise that just came from the backyard. That's where CCR5 is thought to come in.

Still, Carmichael noted that if the reports about the gene-edited babies are true and that scientist did edit out the CCR5 gene, the effects — whether beneficial or not — could affect far more than the immune system. "The brain and the immune systems are so complex, [so] it's hard to know," he said.